343 Industries in the latest Halo: The Master Chief Collection Halo Waypoint development post announced in the features that are in development that the game will be getting cross-play between the Xbox and PC versions. Cross-play will be added later this year.

Halo: The Master Chief Collection launched first for the Xbox One in November 2014 and for PC in December 2019. Cross-play between the two versions has been highly requested by fans. 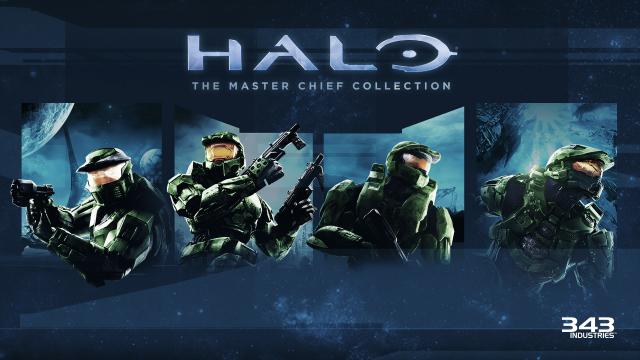 Read the complete development status on the game below:

FEATURES PLANNED FOR RELEASE IN 2020

I can also give you a window into some features that are planned to be released together based on how they’re progressing:

In addition to the above, we are committed to bringing ODST Campaign & Halo 4 on PC, as well ODST Firefight (with updated networking) to both Xbox and PC in 2020.

As we move forward with features, it is also important that we continue to support bugs and quality of life improvements. Aside from our normal bug fixing efforts, we have a team that will be solely dedicated to bug fixing spinning up in August. This will include areas like:

Due to unforeseen development issues, Season 1 lasted much longer than planned. We have now resolved those issues and have stood up our content pipeline alongside the launch of Halo 3 on PC. We are building A LOT more content that will allow us to bring some new and exciting things to you on a more regular cadence. We will continue to share some of this as pieces come online.

There has not been a lot of communication from us on this and I’ve been asked about this a lot when speaking to people in the community. Our goal is still to support modding, but due to shift in development priorities that tends to happen over the course of a project, modding has continued to get pushed back over the past 6 or so months. The good news here is that we have reached a point where we are now able to spend some cycles to get the conversations, design, and planning going again. I am also now in active iteration on the EULA that lays out the ground rules for modding and player generated content with our legal team.

I understand this will be disappointing news to many of you, but the silver lining here is the EULA is in late stages. Once it is ready, we will re-assess what we can accomplish in the short, mid, and long-term timelines. Modding is close to my heart so I hope to be able to ramp this effort up more soon.

We’ve had a lot of feedback here and while I don’t have much to share yet, I will say that we are actively having conversations and have adjusted process so that we are ingesting tickets that come in from support in a more efficient manner. This will enable us to turn around quicker feedback loops as well as action on bugs and problems more rapidly. We will continue to iterate on this process as time goes on.

I honestly thought it had crossplay already. Either way, all the updates planned sound awesome. I guess selling millions more on PC encouraged them to keep working on it.

It has cross-play between Steam and Microsoft Store versions, but not Xbox and PC.

Better be optional crossplay. Controller players on console are at a big disadvantage against mouse players on PC.

I've been hoping for cross-play for at least the campaign. I've got it on Xbox, but my PC is currently stuck on Windows 8 and I don't want to buy it again on Steam.

I remember this being a issue for other games too. Even sea of theives, apparently pc players even early into it, had cheats, along with better aiming (mouse). Xbox players got rolled over.

well at least they are adding M&K support for xbox

I play Halo with controller on PC since that'S how I've always played Halo and my stats are pretty much the same as back then when I played on Xbox. I really don't see a big disadvantage with the auto-aim.

They mentioned input based matchmaking I take it input means controller or M&K.

Isn't this want xbox fans say they didnt want? Playing against PC players that use keyboard & mouse. They championed crossplay, until they had to play against pc players.

I have around the same stats with controller on PC as I had on Xbox so I guess the auto-aim makes it almost even.

I believe there will be options to who you choose to game agasint, Sea of Thieves has an option to either play agasint controller onlys or keyboard and mouse players or both.