He expects the price between the two consoles to be similar, but will both launch at a higher price than the $399 the PlayStation 4 launched at.

"I expect PS5 to outsell Xbox Series X in 2020, but for both platforms to sell more consoles at launch than both the PS4 and Xbox One did back in 2013. One new factor for this upcoming generation is the impact of backwards compatibility on brand loyalty and audience transition. I think we'll see less brand switching as a result. I also expect pricing of both PS5 and Xbox Series X to be similar, and I think it's more likely than not they will be higher than the PS4 launch price point of $399." 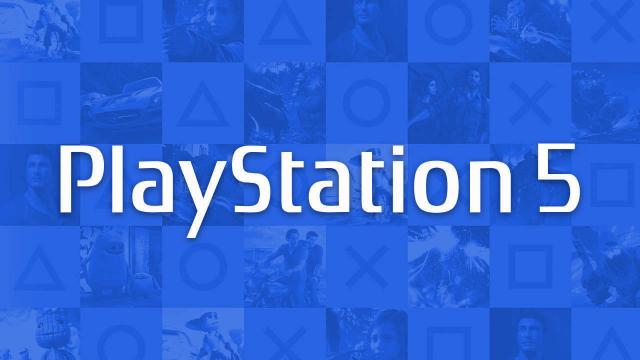 "A high price point may prompt Microsoft to follow through with a dual-pronged product strategy and release a less powerful, cheaper version of its next-gen platform during the launch window," he continued. "I don't expect Sony to follow this product strategy at launch so this approach would give Xbox more go-to-market flexibility although it would also add complexity around marketing and consumer education. Personally, I would wait to bring a cheaper version to market."

The PlayStation 5 and Xbox Series X will launch in Holiday 2020.

Never gonna happen and has nothing to do with stock. Expecting both to break the current record without knowing almost anything about them is very unreasonable.

So let me understand your logic: is unreasonable to expect them to break the current record withouth knowing nothing (or almost), but is fine to say they'll NEVER have a better launch than in 2013.

How is this less silly? The reasons for my expectations is basically for Sony to have stock ready this time, prepared thanks the success of the PS4, and unlike PS4 it will launch in Japan in 2020. Microsoft will sell better because of the 2 SKUs and thanks a better reception and reveal, i'm not basing my predictions on "nothing".

There won't be enough stock for that....

Were did you took that MS had more stock than Sony? The fact that they didn't run into lack of stock have more to do with they selling less (using your numbers 1.4M less) than any certainty that they had more than 4.4M in stock. Do you have any source for this claim?

Ryng, stock has nothing to do with this. There won't be anywhere near enough demand to get close to those numbers. Especially if both are priced at $499.

Uh....this is a near guarantee, considering current market conditions.

Here's a similarly bold prediction - Switch will out sell both in 2020.

Backing the current leader is going to be a pretty safe bet without knowing more. You can have a situation like PS3 or XBox One where a company shits themselves at launch, but barring that, it's pretty likely the winner will keep winning.

This makes sense but realistically, both will do really well at launch. It will come down to how much each can manufacture. Games are very important as well. No one knows anything about launch games.

Sony usually starts a gen off slow in that regard in my opinion (a consequence of always supporting their current gen home consoles with software until the very end. BC might change this though, especially if tlou 2 and ghost of tsushima get enhanced ps5 editions at launch. Personally, I might just wait for the ps5 for these games.

I am expecting Xbox to have a great launch line up, headed by halo of course. Sure, you can get it on Xbox one but I suspect they will have enhancements for the series x version. Should be a great start for all. Start saving up!

Agreed, looking forward to see what xbox does with the new studios they bought. Need to see more AAA games although it may take a couple of years to build a portfolio like Sony has but i guess we will find out this year what they have for next gen

Idk. We have no idea what the PS5 is really and we know that Series X will be launching with Halo: Infinite, which could end up reviving the series and making the Series X have a strong launch.

And still launch aligned X360 never sold more than PS3, the gen where Xbox had most advantages against PS so it's the safer bet to expect PS5 to outsell XSX.

True but Sony has been pretty silent on ps5 launch games. Only one i know of is Godfall and idk if its a launch title. Considering how 343 has treated halo, i think players will be hesitant to buy infinite until they see gameplay.

A Microsoft wet dream but Halo hasn't had the best reputation over the past decade.

it's good for both company

A bold and brave claim. /s

Well, you have a bunch of Nintendo fans claiming that the two will struggle out of the gate. So according to them, it's a bold claim, yes.

I never bookmark things but for instance The_Liquid_Laser says that "the PS5 is going to struggle out of the gate": http://gamrconnect.vgchartz.com/post.php?id=9038554

Whether he'll be right or wrong is not the point. The point is that this analyst's prediction is indeed bold according to him.

Thank god it isn't Patcher or I would worry about both consoles and about PS5 outselling XSX.

Quite an easy prediction

Kinda obvious. Playstation has been a household name for decades. Its going to have all the third parties AND jrpgs which know the Xbox won't have.

I mean, the PS3 and XB360 final tally was extremely close, so the beginning of this generation was anyones' game. If Microsoft's silly marketing pitch of "THE WORLD'S MOST RECENT CONSOLE IN THE HISTORY OF MANKIND" didn't work for the 160 million end users I don't see why it would change this generation.

Obviously the Series X isnt going to set the world on fire with sale records as its due to be the most expensive console on the market. I believe thats why Lockhart exists, to cover the pricing issue. I'll be more interested in knowing how well Lockhart sells if its priced accordingly.

Care to show the source of that obviousness? Because there is no word on pricing for either the ps5 or xsx.

Rumours are suggesting that the Series X will be the most expensive console on the market.

It's plausible that both consoles will be more expensive based on the price of NAND storage and RAM.
https://www.electronicsweekly.com/news/business/722141-2020-01/

How dare you not say the ps5 is going to smash the xbox?! What are you, crazy or something?! I agree with you.

Why post this shit? There are countless scenarios where we could see PS5 outselling Series X.

No one will no for sure of course but his point about BC is very true. Leaving Sony this gen means you lose your whole library at this point on top of your trophies. How many people are really willing to do that after Xbox has been horrible with exclusives? I almost didn't leave xbox just because of my achievements but I had to and I'm glad I did. Xbox will need to show they've truly changed all next gen for me to even consider them. They always make big promises and then cancel a bunch of games.

making a looooot of assumptions there. Everything not officialy announced or credibly leaked shouldn't be considered and it's far more likely that both consoles are close in specs and have the same price.

Digital foundry merely analyzed what was talked about. They didn't claim any insider information and only sony/MS are trustworthy sources.

I can.
No matter how many SKUs MS put for launch they won't beat PS5 unless Sony decides to fuck up majorly (very unlikely) or don't produce enough (even less likely).