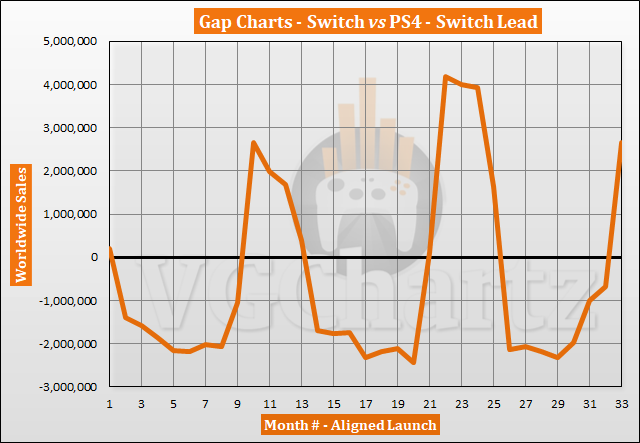 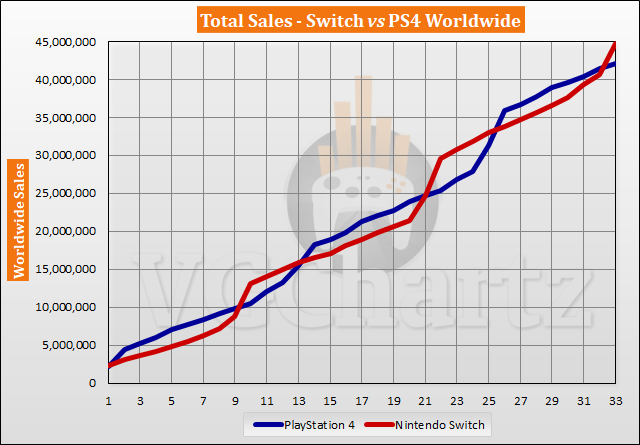 I've been looking at this for a while. VGC has the ps4 at 53.5m at the end of december 2016. The Switch's equivalent week in that comparison will be in mid april 2020. Even without considering adjustments, the switch will already be over 50m units by the end of 2019, only needing a little over 3m (or even less) in the following 3.5 months to stay ahead.

Considering it sold 3.9m in the same period this year and will likely see a good increase in 2020, it is guaranteed for the switch to remain ahead of the ps4 even after it's 2016 holiday. I expect the gap to increase to around 10m 1 year later, 13m after one more year and then stay roughly the same or decrease a little as both systems decline.

At this point, I’m far more interested in seeing how Switch fares after PS5 launches.