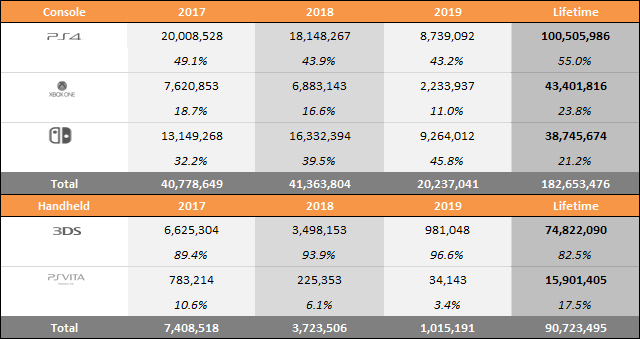 Tbh, didn't expect PS4 holding up so well, next year with TLOU2, FFVIIR, Cyberpunk and probably GoT, the future seems very bright for the last year of PS4 with PS5 on the horizon

Nice. The switch has a good chance to have the highest system sales this year since the wii and ds. It's got a great chance, and I'd guess that it will do it rather easily.