Fuser to End Sales and Online Services on December 19

Game Freak has posted a message to fans from Pokemon Sword and Pokemon Shield producer Junichi Masuda. He addressed the controversy that not all Pokemon can be transferred over to the new latest game in the franchise when it launches later this year. 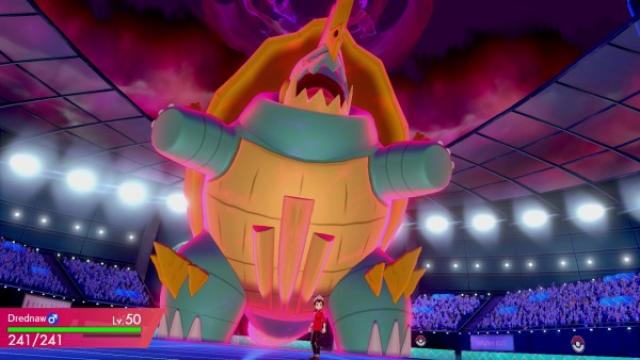 Read the full message below:

Thank you to all of our fans for caring so deeply about Pokémon. Recently, I shared the news that some Pokémon cannot be transferred to Pokémon Swordand Pokémon Shield. I've read all your comments and appreciate your love and passion for Pokémon.

Just like all of you, we are passionate about Pokémon and each and every one of them is very important to us. After so many years of developing the Pokémon video games, this was a very difficult decision for me. I'd like to make one thing clear: even if a specific Pokémon is not available in Pokémon Sword and Pokémon Shield, that does not mean it will not appear in future games.

The world of Pokémon continues to evolve. The Galar region offers new Pokémon to encounter, Trainers to battle, and adventures to embark on. We are pouring our hearts into these games, and we hope you will look forward to joining us on this new journey.

Pokemon Sword and Pokemon Shield will launch worldwide for the Nintendo Switch on November 15.

In this age of easy updates, they can easily have a side team work on it and release a patch or an update a few months later. That is if they wanted to fix it at all

Basically, thank you for caring about our franchise, we, do not.

Doesn't bother me personally but also validates my decision to never have bought the Pokebank subscription.

That they haven't been creating high quality models for the pokemon over the past decade, that can be used in every 3d game they make is crazy to me.

It was always unrealistic to think they'd have every new and old Pokemon in every new game forever. At some point it was going to become unfeasible.

OR, they could actually grow as a developer and scale up the production. To justify such actions is beyond me.

Exponential growth forever is impossible. Whether it's now, or when they got to having 2000 Pokemon in PS5 graphics, it was always inevitable that having every Pokemon in every new game indefinitely was never going to work. Sooner or later they'd either have to do this, or stop making new Pokemon games altogether

Exponential? More like incremental. I can understand if they recreate models from scratch, but they're basically reusing 3DS era 3D models.

The fact remains, perpetual growth is unsustainable. This was always an inevitability, having every Pokemon in every new game could never go on forever, it is unrealistic to think it would.

People vastly underestimate how adding a few extra creatures increases their workload exponentially. Just try making an excel sheet to document every Pokemon's moves, stats, etc. Now try making an excel sheet keeping track of possible team combinations, movesets, etc. Suddenly adding new animations and features, becomes a herculean task. Oh, you'd like each Poke'mon to do a flourish animation after winning a battle? Ok then. Start animating a thousand creatures. Oh, you'd like a mode where you can pet your Poke'mon? Add 10,000 more animations because that mode requires each of the 1,000 monsters to have 10 different animations. Now, what if we make Poke'mon an open world, epic in the next few years? Well that's 100 new animations for each creature. Most games only have 100 character models, and you people are expecting a game with 1,000 character models, Mario Odyssey level graphics, Open World, etc. Sorry, but ti's just not gonna happen unless they cut Poke'mon now.

Why was it feasible on the 3ds but not on the Switch?

I agree, it's much the same with games like Gran Turismo, they can't keep up with having the full catalog and add new cars on top of that in new graphics. It's unrealistic.

There's a big difference between cars which are highly complex, and a pokemon. Any model created for a pokemon should be good enough for generations to come. The same model can be used in Pokemon RPG's, Let's Go, Pokemon Go, any other mobile games, Mystery Dungeon... etc.

The models would be so universal and usable in so many different games that there's no excuse. They should have been made already. Generally in game development the models created are actually much higher quality than the ones used in the game, they are scaled down. The pokemon models they created for X/Y should be good enough for the Switch, even if they don't have higher quality versions and for some weird reason created low-quality models instead of scaling down better quality models. Rendered at 1080p in an emulator the 3ds models are good enough: https://i.ytimg.com/vi/Gq-a7kLRHU8/maxresdefault.jpg

Better than just not having those pokemon in at all. They don't have to create new models every game, they can create one model for Caterpie and use it in dozens of games over the next 15-20 years.

So basically, we hear your concerns, but we are going to do nothing about them. I guess Digimon Survive is coming out this year anyway...

They will be available but not when Sword and Shield releases.

I'd love to read it that way, but I can't see anything but "we're just going to rotate the amount of mons available each gen instead of actually bringing the whole National Dex as it should be". Nothing is going to be fixed if they continue with that attitude, and I won't support that.

That's not a response. It's acknowledgement that no one is happy.

The Pokemon franchise has outgrown Game Freak. Time to find a new developer.

Do people expect them to crunch for it?

Of course not. Delay the game?

It wil most likely be a good and complete game on it's own even without some old pokemon,no need to delay such a development only to have another group of people complaining it is delayed while losing revenue on it.

Exponential? More like incremental. I can understand if they recreate models from scratch, but they're basically reusing 3DS era 3D models.

I wouldn't be to surprised if the pokemon that are withheld are mainly gen 4 and 5 pokemon. This way they can remake gen 4 sell it, make the next gen pokemon, then make gen 5 remake. Since all the 3D models have been done for a while this is just a way to make money ofr them.

I hope pokemon Home be a big central hub, where you can get all your pokemon on it, but separated by original game. You catch, breed, train, etc in the game, and pass to home. In home you battle with the rules of each game.
For instance, a lets go battle would not count EVs and abilities, and allow only the 151. Sun Moon have z moves, mega evolutions, and until zeraora. And etc.
With this, we can use all our pokemon, and gamefreak can focus in each game, trying to balance to do the best experience while not having to care about including previous features, they will be availble on Home. A solution for fans who want all pokemon, and fans that want balanced metagame in the new games.

In resume, the missing pokemons are gonna be as DLC for sure. xD

Oh, that would definitely cause the shitstorm of the epoch. I doubt it will happen, though. Nintendo may not care about missing pokemon, but something like that would attract way too much negative attention towards them, they would stop GameFreak and Pokemon Co. if they ever tried to do that.

I know this is where I stop with Pokemon. I was there day 1 for Blue. This is the end for me.

Yes, but gamers are slow.

I don't think the Pokemon franchise needs a MMO. However, I believe Game Freak should have the entire staff focus on it. They should hire more staff as well.