Report: Fortnite Earned $203 Million in Digital Revenue in May 2019 - News

Epic Games' Fortnite earned $203 million in digital revenue in May 2019 across all platforms, according to a report from research firm SuperData. This is an increase over April 2019, however, this is down 36 percent when compared to May 2018. Video game consoles account for the largest share of players and revenue.

The worldwide digital spending on games dropped four percent in May 2019, driven by a six percent decrease in mobile revenue. However, the drop off in Fortnite revenue helped drag down sales on consoles and Windows PC. 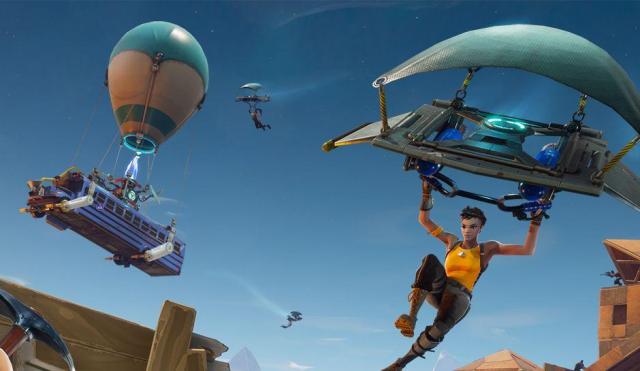 Well, this is paying Epic exclusivities on PC. At this rate they are not going to slow down anytime soon...

Oh they will. In time, those FN kids will grow up or move onto other games. It's always about the next big shiny thing on the block and FN cannot hold onto being shiny forever.

If they don't invest in new games, they'll be losing money when FN fades.

Why? It's one of the most popular games on earth on nearly every platform.

Anything free and at least decent quality is going to be popular.

Fortnite will last for more than one decade easily. League of Legends is over a decade old and still the top 1 PC game in revenue. If LoL can stay strong after 10 years, so can Fortnite.

Yeah, but LoL is bloated and bad at this point.

@Cerebralbore101 Teamfight Tactics is a new LoL mod that just released and already is top streamed. LoL train wont slow down anytime soon, mainly on the e-sport scene which is huge.

e-sports? HAHAHAHAHAHAHAHAHAHAHAHAHA!!!!! I can't even remember last time an e-sport got its own thread here on vgchartz. I can't remember the last time a respectable gaming publication did an article on e-sports. Not even PC Gamer covers it, and you would think they would.

@Cerebralbore101 vgchart public is about single player games, nothing else. A decisive official LoL mach stream can have millions of viewers.

Yeah, but it's not only vgchartz. Almost no respectable game sites cover e-sports outside of fighting games. And millions of viewers isn't all that impressive for a free to play game. It's free. And free + decent = popular. Most gamers in the US don't even know about LoL, and if they do, they think it's old hat.

@Cerebralbore101 That's the idea, it's by being free and having a low PC spec requirements that helps LoL to make 2 billion+ bucks in online revenue a year.

I bet most Fortnite players with a job have already spent more than $60 on this game. It's free, but so was LoL, and I wound up spending over $200 on that over three years. Regardless of whether it's good or not, I've gotta stay away from F2P games. I tend to overspend like that. :(

@Cerebralbore101 yet a decisive official LoL match stream can get millions of viewers. VGchart public is only about single player games, nothing else.

Transformers explodathon movies can get millions of viewers too. What's your point?