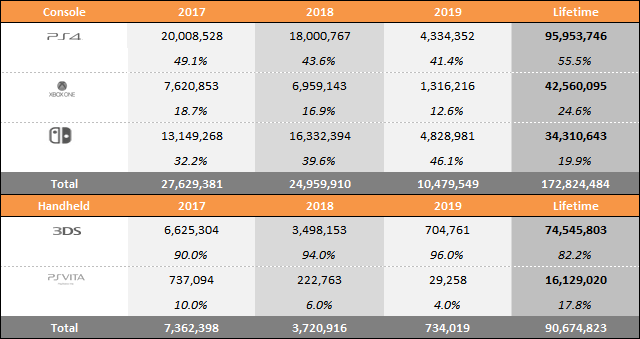 The 2017 column once again fails to count the Switch in the total, which is once again throwing off the 2019 vs 2017 comparison total.

it will and difference will only get bigger, because there will be price cut soon so I expect something around 17.5 or 18m with the help of the price cut

I mean total sales for the year