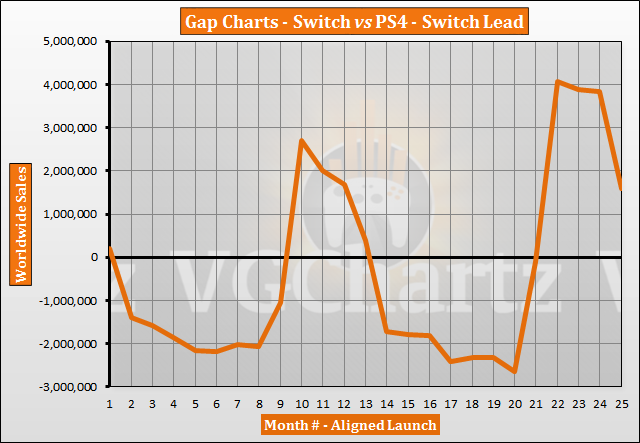 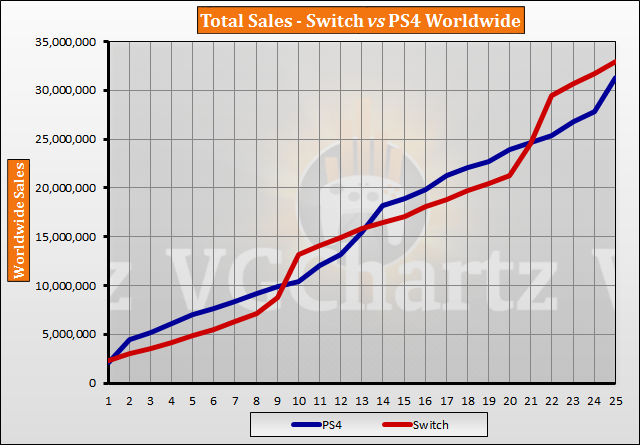 Both consoles are obviously trading the lead, but if you look carefully the Switch is gradually gaining ground over the PS4. The Switch peak at month 10 is less than 3 million. A year later the peak is over 4 million. Switch is starting out at PS4 levels, but it is gradually getting even better than the PS4's sales.

And yes, the Switch will have a long and healthy tail end just like every Nintendo handheld does.

Interesting...I forgot that about the handheld. But the Switch is also a home console, and in 2021, next to the PS5 the Switch will be technically 2 gen behind.

Switch is both a home console and a handheld. It has all of the advantages of Nintendo's handheld line while having the power of a home console. It's kind of the best of both worlds.

Switch is advertised explicitly as a hybrid, not one or the other.

If we're honest with ourselves, though, we can examine it for what it is: an immensely powerful handheld designed to accommodate multiplayer and dock into a TV.

This race is gonna boil down to "How long can the Switch maintain relevance after Gen 9 starts?" The gap in performance is already massive... I can't imagine what that gap will look like after PS4 and the next Xbox launch (assuming there is another Xbox, of course).

If Switch can keep up those 200k+ per weeks, then it will shorten the gap again after the holidays. PS4 had some severe drops to 150k and had problems reaching 200k weekly sales throughout spring/summer 2016. And it needs to, considering how seriously the sales ramp up starting mid September (a jump to 300k+ weekly from then on), which, even with all the announced releases, will be hard to counter.

Took the switch roughly 9,5 months to catch up with the PS4 after the first PS4-holiday, about 9 months after the second. The switch had the lead for almost 4 months last year and is on pace for 4,5-5 months this year. Nothing crazy but there is a trend that is in favor of NS right now. Doubt it will ever pass the PS4 though.

Very very close up till now.

Within 1 year, my projection for the Switch jumped from 65M to 100M. The PS4 will go back above with a smaller margin next month, but the Switch won't have the same legs in 3 years.