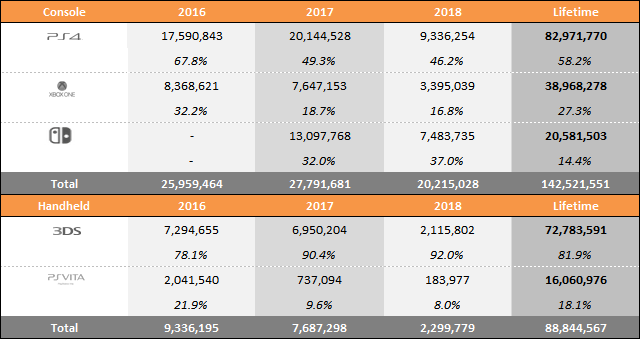 PS4 sales might be down by quite a lot of units. It will still sell over 9.5 million units before october starts. Which is quite the feature in itself.

I don't think the Switch CPU and GPU is powerful enough, so I'm waiting for the next one. I think the PS4 will outsell the Switch.