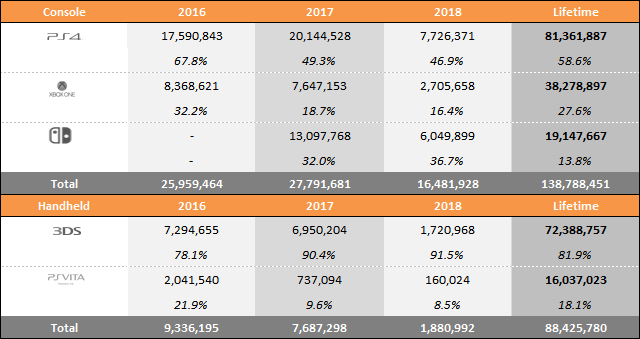 Wow the Switch has officially surpassed 50% of the XB1's sales, and in less than a year and a half to boot! I wonder how much longer before it fully overtakes it.

I see a creepy hand grabbing Nintendo as it tries to escape: its Microsoft!
"Where are you going? We are surviving together! Always!"
Nintendo, kicks Microsoft in the head and keeps climbing.
Faced with nothing else, Microsoft turns on a random fan and consumes their body for nutrients.

Haha that's a bit harsh isn't it? Even for Microsoft :P