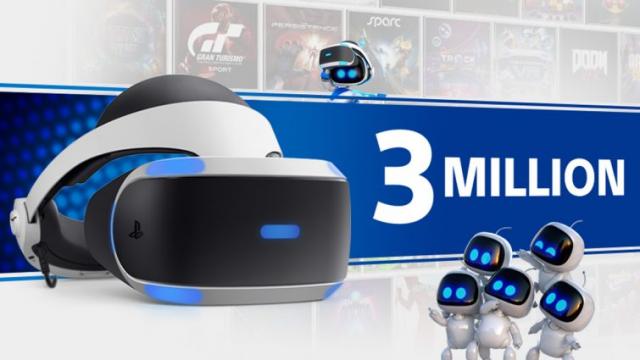 Here is a list of the top 10 most played games on the platform:

Even with the newest bundle launched in March of this year that means that PSVR has roped in somewhere in the region of $900m+ for Sony at the very least, and that's just for the Hardware, 22million games sold for the device is nothing to turn your nose up to.

900 million in revenue... which is pretty meaningless without knowing how much each unit actually costs, what r&d cost, marketing costs, etc. They could easily be in the red on this.

I May get one if it lowers its price.

Decent numbers for what it is, but VR is not going to be anything other than a niche for a long time. But hey the people with PSVR buy many games for the platform so my guess is that its at least viable enough for Sony to make PSVR 2 for the PS5.

For a periphereal which costs as much as the console, needs for the most part dedicated games and is very hard to advertise? Not at all.
This is shown by the fact other PCVR headsets, that are longer on the market already, have an even larger install base and sell much less.

Exactly - for a peripheral to be extremely expensive its really not a good thing. I played on VR and I like it, for half on hour, after that the sickness started to set in, and my buddy only lasted for 10 minutes before the sickness. So an extremely peripheral and who most people cannot tolerate because of the induced sickness is not good for the sales.

You do realise one gets used to it and the sickness disappears? I never had any sickness to begin with btw. I wish the people who feel the need to comment at least knew what they we’re talking about.