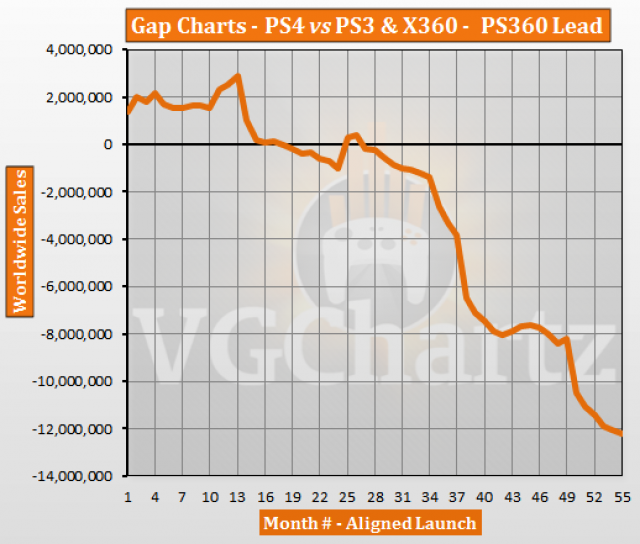 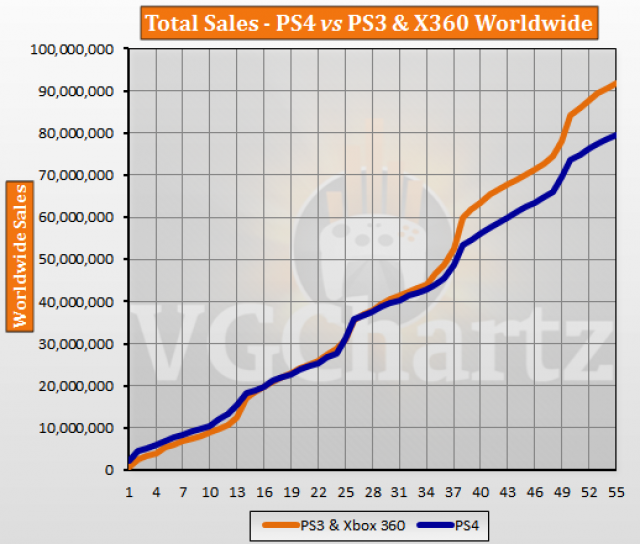 why can't we get a normal PS4 vs PS3 gap chart?

I believe there is one, this is just an extra comparison they do to show how strong PS4 is doing.

No, there isn't one, with the exception of the Japan comparison. There is no global PS4 vs. PS3 comparison. They only did that after launch for a while, but then stopped doing that comparison for some unknown reason.

My best guess would be because we already know who won that one.

For the first 3 years it was neck and neck.

PS4 wont catch up anymore, is two vs one so it makes sense.

I dont think anyone in the right mind thought PS4 could top 170 million sold.