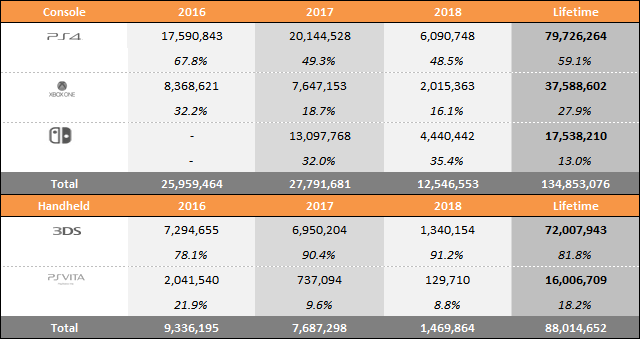 The 20% up for Switch is not enough to reach the projected 20M. Nintendo must build more momentum.

PS4 shows more and more that last year was the peak. But this year is still near peak-territory, so expect good hardware-sales, and excellent software sales. Around and after the peak-times software is sold in masses.