The Nintendo Switch has outsold the PlayStation 2 in Japan when you compare the first calendar year of the two platforms, according to figures from Famitsu. 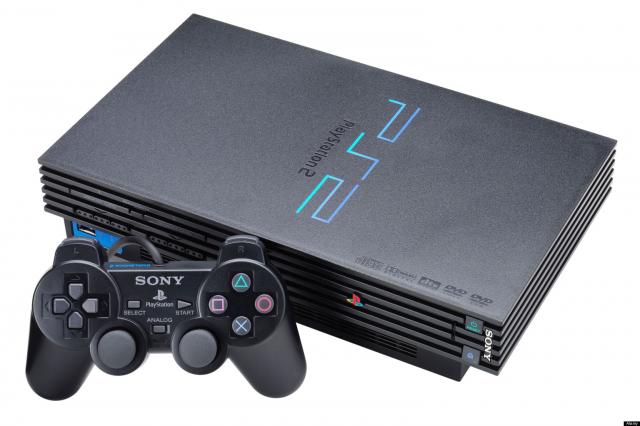 Both platforms launched in March with the PlayStation 2 selling 885,023 units in its first month and the Nintendo Switch selling 524,371 units.

This is good, but expected. Switch real goal is 3DS which should end with over 25 million units lifetime. So far his first year was by far worse (1m) but because of stock problems. 2018 will be the real test.

Considering what the PlayStation 2 did, I'd say it's pretty shocking.

Nice. Those are huge numbers.

This thing is gonna outsell the wii easily

In Japan, yes; worldwide, not likely. The Switch isn’t nearly as gimmicky as the Wii, and it doesn’t have nearly strong enough third party support to help it capture western markets. Problem is, even if it got more third party titles like CoD or BF, it still wouldn’t be the system of choice for those games by the vast majority of gamers.

Meh Wii didn't have much third party support, had a lot of backlash and bad headlines like "The only console not in HD". Switch is only receiving love all over the internet since few weeks after launch and adult/gamers/casual players all want one where the Wii mostly got interesting for families and kids.

DialgaMarine, the Switch will get more support than the Wii because it's going be Nintendo's handheld machine as well as it's home console. The DS got massive support, so you have to take that into account.

Sell less than the Wii U they said.

Just another gimmick they said.

Good thing Nintendo didn't listen to shit like that. :)

Next up is Gamecube with 4.04 Million.

too many people here seem to be confused between Japan and worldwide numbers. Switch will probably outsell ps2 in Japan, it's actually not that hard for a handheld nintendo system to do that. Without some kind of disruption to the switch from Sony or other handheld technology the switch is on track to do this it's not even controversial.

PS1 sold 5 million in Japan in 1997. That's the real test for a console in Japan - no one has ever matched that.

Kind of hard comparing the two since one is a hybrid and the other is a traditional home console. I feel like we need to start dividing these things into proper categories. Dedicated handhelds in one, home consoles in the other and hybrids in the last. If we try to do direct comparisons, there are too many variables and it ends up making little sense.

People have been comparing it to PS4 and XB1 since it got released.

What did the PS2 sell LT in Japan??? I'm still willing to bet it won't quite beat the PS2 in Japan. Close but not quite...

PS2 sold 21.8 mil in Japan. The 3DS beat the PS2's sales in Japan last year, and it took 5 years to reach that number whereas it took the PS2 nearly 8 years to do so.

Isn't the PS2 like more expensive than the 3DS when the PS2 first came out? I researched it. The PS2 launched at US$299 which today would cost $428. The 3DS launched at US$249 which would be $274 in today's dollars. A difference of $154.
Also, the 3DS has more room to sell per household where most people would only buy ONE console per household.
Obviously Japan prefers portables to consoles seeing as the 3DS beat the PS2 only in Japan.

I don't care about any of what you just said. For me it's not a war of profit or success, because obviously we already know the PS2 was more successful. I was almost word for word copying an article, which is why it sounded like I was bragging. Just reporting the facts and explaining why beating the PS2 in Japan isn't impossible and will probably happen. It is interesting though that you say "obviously Japan prefers portables" when talking about the 3DS "obviously" beating the PS2, but then think the Switch has little chance of beating the PS2. I don't think that logic quite follows through.

STILLLLL....
PS2 will outsell switch lifetime....
what we are seeing is just the starting craze of switch which will die off in about 3 years...ps2 maintained its sales for over 7-8 years...

Meh, it depends on third party. Nintendo fell behind on third party for the last... Since N64. It just got Skyrim, what if Square Enix tries to cash in? Then Nintendo will be getting FF7-15 for the first time, Kingdom Hearts 1-3, Dragon Quests that were not released on Nintendo, Tomb Raider, Dues Ex, and a ton others. I'm making a topic about this, just to rile everyone up

I don’t think Switch is going to fall flat in Japan. It’s got the Japanese third party support, which will make a top seller there for a good while. Worldwide, I doubt it’s going to do as well as say the Wii, due to its lack of strong third party support and not having the strong gimmick benefit, but it’ll do very well regardless. I’m thinking 80-85 million LT.

Wii started strong too......but nintendo has a bad repo with the third party developers....u can see this year also.....none of the non nintendo games has yet passed the 1 milion mark....closest being mario+rabbits game...which may tough that mark by the year end.....but top 4 nintendo titles are way ahead all around 3-4 million and going further.....this same third party crash will ruin switch as well....just wait 2-3 years and u ll see it....same old story for nintendo just difference of consoles

I thumbed ya up, don't worry. You speak the truth but the truth usually hurts haha.

While it's unlikely that the Switch will keep selling 7-8 years like the PS2, it should be fine for at least 4-5 years.

"The truth usually hurts" Yup, Switch being a huge success clearly hurts some people a lot.

"clearly hurts A LOT of people alright" You got it! The thumbs down speaks volumes to me! Success or not, these Nintendo fanboys get riled up just because people speak the truth about the PS2. The switch ain't no PS2, OK?