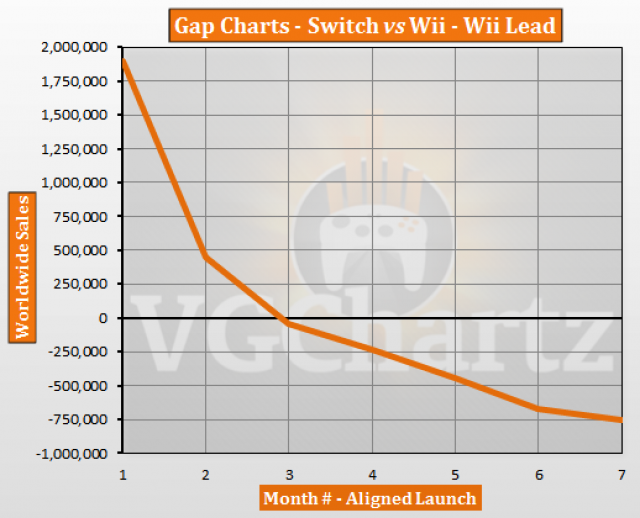 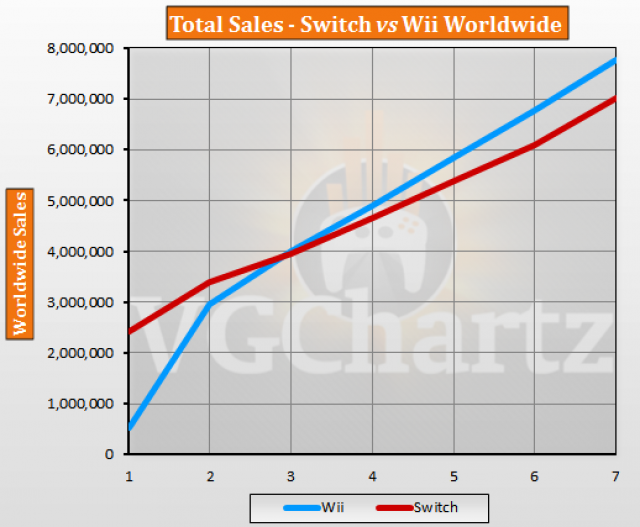 September 2017 is the 7th month that the Nintendo Switch has been available for. During the latest month the gap grew in favor of the Wii by 76,027 million units. The Wii is currently ahead of the Switch by 752,556 units.

Months 8, 9 and 10 will be very different. With a ramp up in production, the Switch will outpace the Wii.

Switch hasn't had it's first Christmas yet. That'll close the gap.

can't complain about switch performance at this point. Very nice.

The problem with Switch is that it doesn't have Europe in quite as big a way as Wii did.

Yes, but for other side the wii was launched in november, before christmas when the sales are bigger, and the switch still don't have the sales of the christmas, the comparison will be better when the switch complete 1 year.

Next month Switch will close the gap thanks Mario Odyssey, and in November, with the first half of a true holiday, Switch will surpass Wii launch allinied... and then increase the gap in December.

At this point I think the wii was still very supply constrained.