Sales for Dragon Quest XI: Echoes of an Elusive Age are on track to meet the lower end of expections, according to Square Enix president and CEO Yosuke Matsuda during the financial results briefing.

"We believe that we can reach the lower end of our unit sales plan," said Matsuda. "Our goal is to reach the upper end of that plan, but we believe that that will depend on how sales of the Nintendo 3DS version trend going forward." 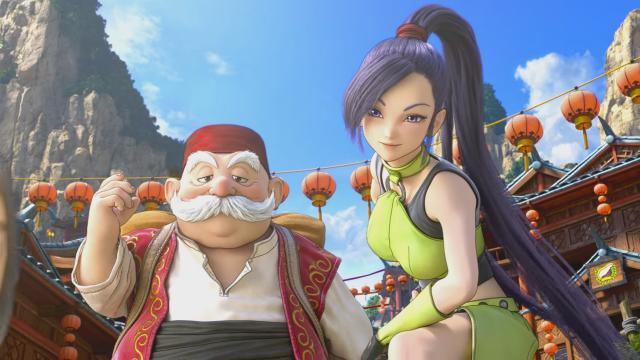 Matsuda revealed that sales for the PlayStation 4 version are stronger than the Nintendo 3DS version.

The date on the report says 4th August. So they were talking about preorders and initial sales. Since then the 3ds has overtaken it.

Honestly, they probably assumed the 3DS sales would be better than the PS4 in sales for a few reasons. The remakes have sold decently on the 3DS and Japan has been known for their love of handheld gaming over traditional gaming.

Just hope this will mean the remakes get ported to PS4 as well then :)

How many Switch users in Japan are holding out from purchasing it until the Switch version comes?

After we got the latest sales updates, it sounded like the PS4 version's digital sales may have been higher than expected. And now it seems like that was the case.

Either he meant "stronger" relative to install base and expectations, or the digital sales for the PS4 were ridiculously high.

How are the PS4 sales stronger? The digital sales must be insane!

They probably say lower end because they also have the Switch version coming out. Maybe they're also just trying to be conservative? Either way I'd expect 4m by the end of the year between 3ds,Ps4,Switch. Honestly I expected 3DS to be the top seller, but the fact that Ps4 out sold it surprised me pleasantly.

Yeah, they're definitely counting on the Switch version, so it'll be interesting to see how it does.

what on Earth were there expectations then, didn't this push like 2 and half million at launch week??

It's Square Enix, they always have disproportionate sales expectations for all of their major titles.

Ps4 is on freaking fire everywhere. With gtsports, monster hunter worlds and Kingdom hearts 3 ps4 will beat ps3 creating a increase in consoles in japan. Proof is here,games iswhat sells a console.

PS4 version stronger than 3DS version? That`s very interesting, especially as Media Create seem to suggest the opposite. Can only assume the digital rate is much better for the PS4 version then.

Digital sales are much bigger on ps4

yes and no the revenue was based on combined versions reaching the lower end of the target, but then they talked about individual sales of each version.