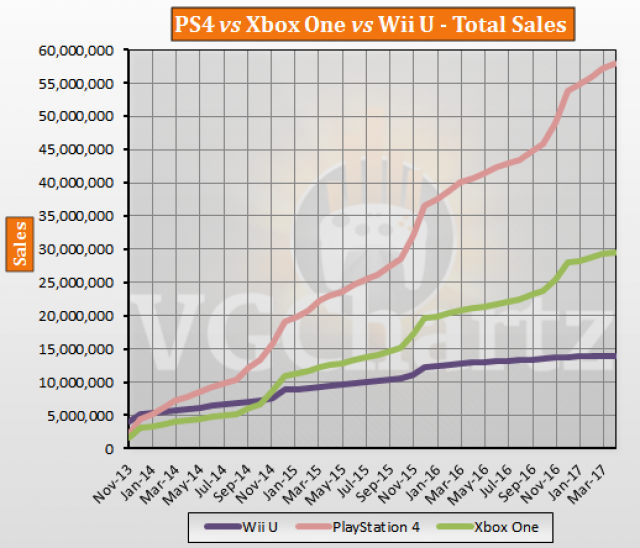 Looking at the total sales of the PlayStation 4, Xbox One, and Wii U in April 2017 shows how the PlayStation 4 has continued to dominate over the Xbox One and Wii U, outselling both of them combined by 14.53 million units. The Xbox One in turn continues to increase its lead over the Wii U and has outsold it by 15.68 million. 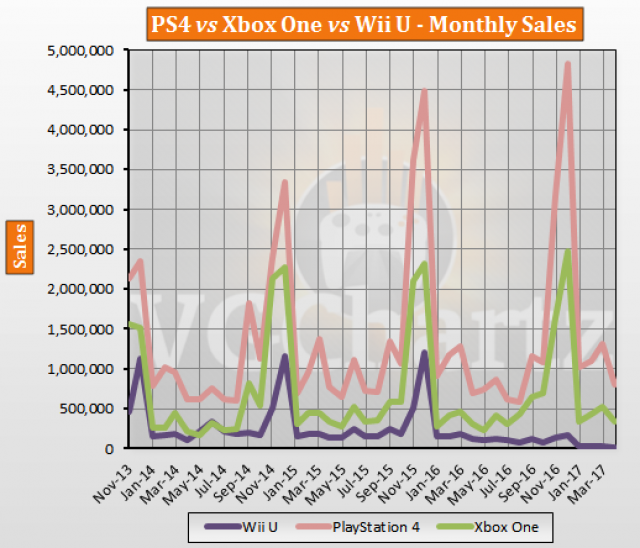 Taking a look at the marketshare, the PlayStation 4 managed to achieve 69 percent. The Xbox One accounted for 30 percent of the consoles sold, and the Wii U just one percent.

The april was amazing, thanks the best rpg in the last years - Persona 5. Great PS4 Monthly Sales. Good article, thanks for your work.

Why are we still talking about Wii U sales?