It’s rare for me to be contacted about a game via e-mail that I'd never heard of before and be made to think "wow, I need to see what this is about". Late Shift was one of these titles. It's a movie game in which your decisions apparently make a large impact on the narrative and FMV scenes that unfold. So, I booted it up intending to play through the 'film' once, but this soon turned into three full playthroughs.

First of all, let's get the obvious criticisms that will be levelled at Late Shift out of the way: there are no graphics, there's not much of a soundtrack, and for all intents and purposes there's also relatively little in the way of gameplay. And that makes Late Shift both a weird and difficult 'game' to review; it's not really a game, after all, it’s more like an interactive film.

But look past the lack of conventional video game tropes, enter the experience with an open mind, and you'll like find Late Shift to be an engrossing experience. I certainly did, which is why is I'm happy to recommend it, even if it's not really a game as most people think of the word. 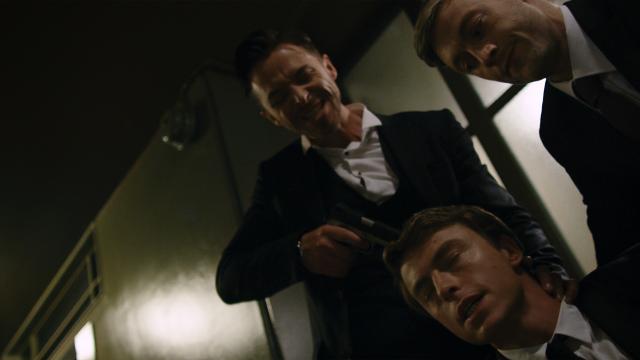 Late Shift takes place in London and follows a university student called Matt who is also a valet at a luxury car park. After an ordinary journey to work, during which you make a few seemingly inconsequential decisions, Matt finds himself caught in the middle of an extensively planned out robbery.

Depending on the decisions you make, Matt will either go with the flow, or push back against the narrative flow of events. The film plays out fluidly, without any pauses, and without any hint that the scenes are being stitched together on the fly based on your decisions. If you fail to make a decision then the game will simply make one for you. This is how Late Shift plays out for the entire 60-90 minutes. 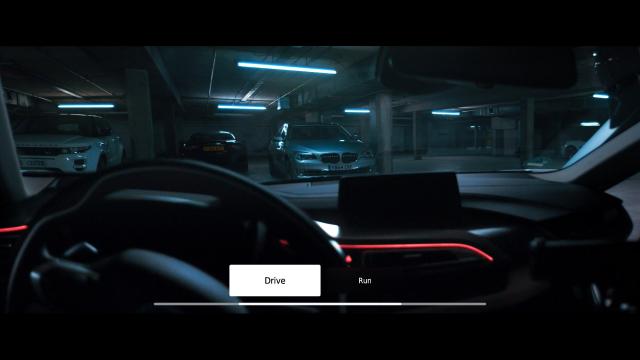 This all means that the acting is more important than in the vast majority of games. With that in mind, how is it? Well, it's serviceable, but it won't blow you away. There are times you can tell the actors are relatively new to the acting scene, but once you get into the flow of things the performances feel quite believable and portray enough depth of emotion to keep you engaged. The only thing that really lets the actors down is the quality of many of the props, which look like blatant plastic imitations.

Gameplay-wise, the decisions you're able to make vary from the awesome to the highly contrived. When you feel that a new decision you've just made is having a meaningful impact on the scene that's unfolding it's fantastic. When this is borne out in subsequent playthroughs, with alternative choices granting access to new scenes, it feels like the concept behind the game has been vindicated because your decisions have been shown to have real consequences. 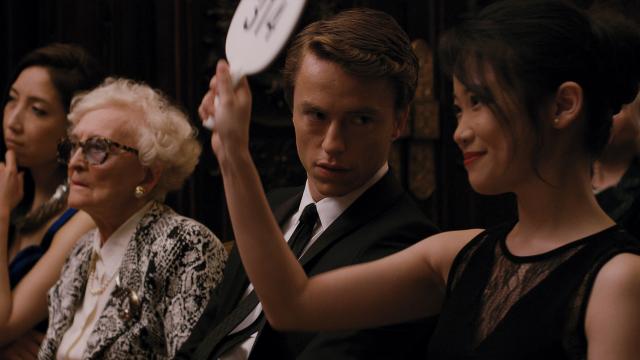 Some of the time, anyway. One of the main problems with Late Shift is that some of your decisions don't have consequences, and when that becomes clear Late Shift starts to feel a lot more linear than the advertising makes out and it loses some of its lustre as a result. On my second playthrough of the game I did the opposite of everything I had done the first time around, but still ended up going down a very similar path to my original playthrough. I suppose that’s to be expected given the effort and expense that would be implied by decisions having radically different consequences on the narrative. But all the same it's still a shame that when, for example, you tell Matt to run away, he invariably always ends up being caught and roped into the robbery anyway.

There were also times when Matt would speak out of place or do things I didn't intend for him to do. I know that CtrlMovie had a story that had to be kept intact, but I think the experience from an interactive point of view would've benefited from Matt being a bit more of a silent observer so that the player could better portray themselves through him.

By its very nature Late Shift doesn't have enormous replay value but you will probably replay it at least once. One key reason to keep coming back to it, besides just testing the limits of the decisions and their consequences for yourself, is that the final scene will show you how many chapters you missed, which incentivises you to replay and 'unlock' them. On my second playthough I saw several new scenes, for example, and while I wasn’t as impressed as I was during the first playthrough, it was nonetheless nice to see how differently the actors reacted to each scene. 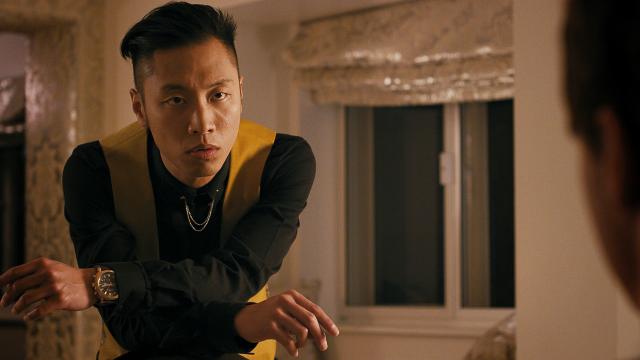 One key grievance I have with the game is poor performance. I played it on the Xbox One only, so can't speak for whether this applies to other platforms, but there were major streaming issues at times. The film would jump out of sequence and I would miss some of the action as a result. A punch on an actor could be missed, for example, because the game seems to be loading the next couple of scenes. This, needless to say, is not good when the whole point of the game is for the player to watch the film play out.

Another quality of life issue is the inability to skip or fast-forward certain scenes. Naturally that's fine on the first playthrough, where the idea is for you to be engrossed enough in events such that you won't want to skip any of the scenes, but on subsequent playthroughs I would've liked to have been able to have skipped through some of the scenes I'd already viewed, straight to the next key decision. 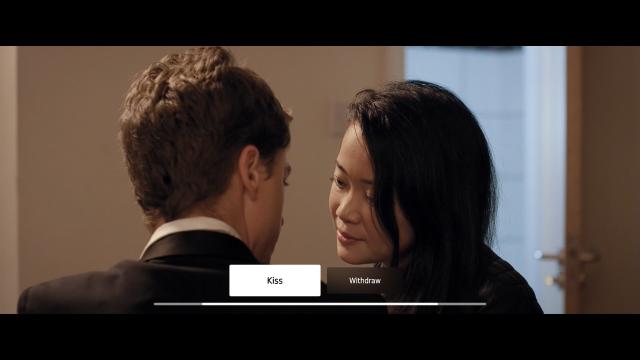 Overall, Late Shift is a fun experiment that I'm glad I got to experience, and would encourage gamers and film-goers alike to give it a shot. It manages to suck you in enough that you want to see where your decisions take you, and successfully creates an experience which is fairly unique in both the worlds of cinema and gaming.

This review is based on a digital copy of Late Shift for the XOne, provided by the publisher.