The free version of the game topped 90 million downloads in less than a few weeks, however, at the time only around three million people purchased the full game. At $9.99 for each purchase that equals $30 million. 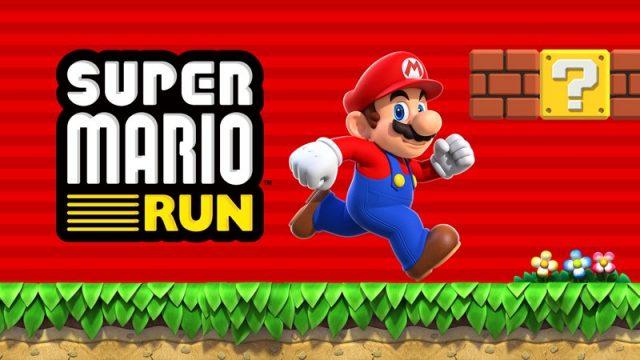 Nintendo tried another model with the game, Fire Emblem Heroes. The game is a free download, however, players can pay to unlock random characters, which is known as gacha in Japan. While the model has proved a success a Nintendo senior official says "Heroes' is an outlier and "we honestly prefer the Super Mario Run modes."

Expanding into the smartphone market isn't all about revenue, but is also about expanding the Nintendo brand to a wider audience.

The problem with Nintendo's mobile offerings is the fact that Nintendo doesn't want to devalue their software on a market that has "free to play" as an almost universally accepted price model. Paying 10$ for a Mario game in console/handheld/PC is a bargain, on mobile is considered theft. Mobile for Nintendo is only good to advertise their brands, just wait for the sales of the next Animal Crossing after its mobile app.

I think the biggest obstacle is getting people to pay $10 for a phone game. Frankly, this is probably one of the best selling games at that price.

That can't be right, I remember a lot of people on vgchartz were saying it was performing brilliantly

there was a prediction of 500million sales

I'd pay $10 for Mario Run. But not on a phone. Release it on Switch, Nintendo.

My favourite "runner" game remains BC's Quest For Tires from the early '80s (popular on several systems, but I played it on the Commodore 64). Most people think endless runners are a newer genre, but they couldn't be more mistaken. :) Case in point: #https://www.youtube.com/watch?v=1BiMYjVvhxE#

Keep in it exclusive for IOS and the high price probably didn't help. Otherwise it could have sold more.

Are we just going to ignore the possibility that it didn't sell well because there are so many "Running" games on android? I'm pretty sure endless runners and temple run were famous back in like 2013, so it makes sense that sales would decline. Just because you have a big brand and name behind your game, doesn't mean people will flock towards it if the fad has already been done 3-4 years ago. The 10$ might have deterred away some people, but since there are 99$ gem bundles out there, I think people are purposely not looking at the real problem, but blaming it on the market structure of mobile games.

I really hope they don't go free-to-play, I just hate that model... perhaps something a little less cheap than $10 would be good though. Heck, $5 probably would have benefited them a great deal with Super Mario Run.

Not surprised at all. Nintendo doesn't understand how mobile works, it would seem. This game should have been f2p, that way they would probably earn more money in the long runt, but most important of all, they would get far greater exposure that way.