Aragami, previously known as Twin Souls, is a brand new indie stealth game developed by the recently formed Spanish video game developer Lince Works. The titular Aragami is a shadow spirit that has been summoned by an entrapped empress who explains that it’s his job to find a series of talismans so that she can be released from her imprisonment at the hands of a rival clan. What initially seems to be a basic and rather bare-bones story soon becomes significantly more detailed and fleshed out as you proceed on your quest. Indeed, the game world's lore ultimately makes for an interesting universe.

Aragami’s narrative is also told in such a way that it never feels forced. Much of it is communicated to the player by means of overheard enemy conversations and scripts that are found when you pause the game. This relaxed method of story-telling means you can choose to take in as much or as little of it as you want. 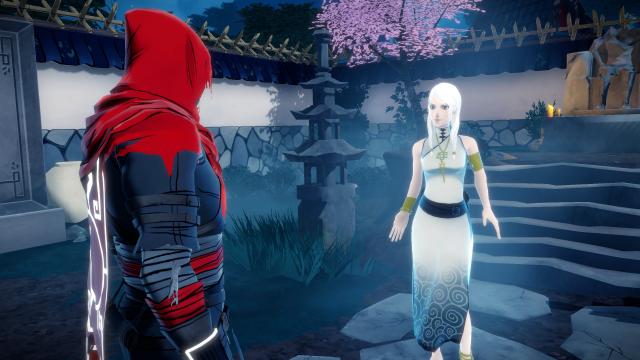 This allows the gameplay to truly shine. As a shadow spirit, Aragami is able use the shadows to his advantage. Spending time in the shadows causes Aragami’s back to illuminate, which indicates how much 'magic' he has left to use. With this magic you’re able to pull off instant teleportation moves, summon shadow dragons, and even turn invisible for extended periods of time. Each of these abilities and more can be unlocked over the course of the campaign by collecting scrolls.

Spending time in light areas will deplete your shadow powers, making it more difficult to avoid detection, especially in the later levels where it feels like guards appear almost at every turn. I spent the most of the game jumping from shadow to shadow, avoiding killing guards that I came across. I spec’d out Aragami with the most appropriate abilities and was rewarded for my efforts at the end of each level (a second playthrough is definitely on the cards, though this time I'll aim to kill every guard I can find).

This 'pacifist' approach results in a campaign that takes about nine hours to complete, which is significantly longer than a more standard licence-to-kill approach would take but nonetheless represents a decent run-time either way. It's worth pointing out that the pacifist approach feels highly rewarding and you eventually find yourself needing to execute with near perfection in order to ensure you're not spotted. 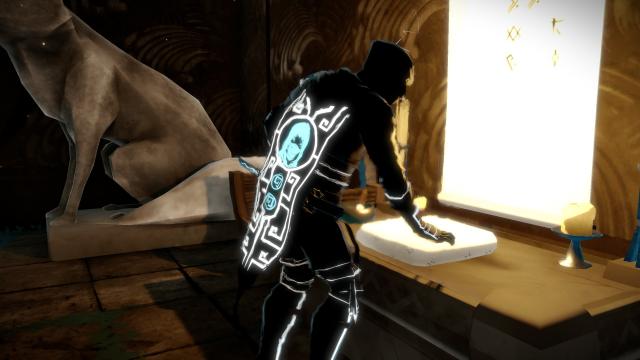 Each level is nicely detailed and, crucially, original, which makes each attempt to navigate a level without being seen varied and unique. The locales found throughout are quite stylistically similar - plenty of cliff faces, Japanese towns, and trees - so you could be forgiven for getting bored with the environments, but what Aragami lacks in variety in this respect it certainly makes up for in level design.

Levels are an absolute joy to explore, especially if you're attempting to find the optimal way past enemies. Even finding the hidden scrolls is enjoyable and you’ll rarely have to backtrack. It’s only when you really start to think about the make up of the environments that you realise the repetitive nature of the basic building blocks; the strong level design does a good job of distracting from this repetition, or making it feel relatively unimportant.

A stealth game is ultimately only as good as its stealth mechanics. Thankfully, the flexibility given to both your character and its approach to stealth, and the solid, routine-driven AI, ensures that Aragami is an excellent stealth title. Each enemy encountered in the campaign has set directional paths and abilities that it can make use of, such as light sources that can be used to help track you down. Everything's fair and precise though, so when you are discovered you won't feel cheated by the game, and when combined with the fantastic level design it means Aragami is enticing enough to keep you coming back after each and every failure. 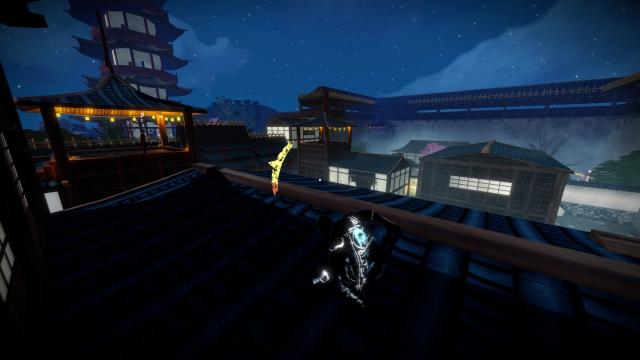 Graphically it's not a particularly detailed game but it is very expressive and quite charming. Each character is well animated and acts realistically, looking almost like it's been taken from an animated film, and the game supports this with a strong aesthetic throughout. The expressiveness of the characters also ties into Aragami’s cut scenes, which do a great job of carrying along the main plot.

For all the good there is to say about Aragami, there are also some notable problems. I played the game on PC and, despite using a fairly beefy computer, I still wasn’t able to hit 60 FPS. To begin with I thought this could be due to my display technology, G-Sync. When disabled things improved for a while, before the game once more crawled down to 37-40 FPS in the later levels. Time will tell if this gets patched and whether or not the console versions of the game are similarly affected. 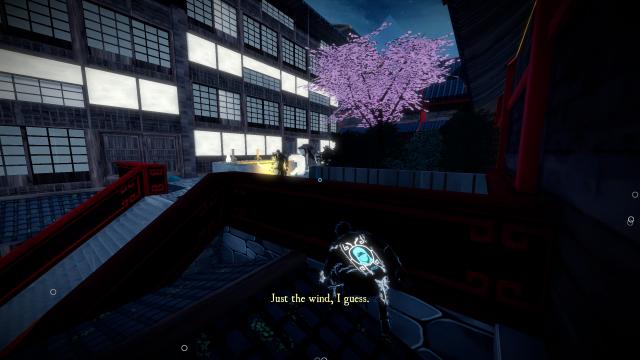 Lack of explanation on how to tackle bosses was also a major annoyance, for me at any rate. About 2/3 of the way through Aragami you’ll start taking on bosses that are defeated in various different ways. The first boss you encounter, for example, can only be hit when his shield is down. So far so good. However, after the first successful hit you can only successfully attack when using 'aerial attacks', but this isn’t communicated to the player in any way. Similar issues for a number of bosses add up to quite a lot of time wasted being frustrated. A simple text description or action highlight if the player is detected struggling to know how to proceed would go a long way to preventing such issues.

Aragami has certain production value and level design elements that are rarely seen coming out of triple-A developers, let alone indie start-ups. It's also a thoroughly enjoyable stealth game that could potentially make a strong mark on the genre as a whole thanks to its fantastic level design. I can see stealth aficionados coming back to Aragami for years to come; I know I will be.

This review is based on a digital copy of Aragami for the PC, provided by the publisher.

In light of my misunderstanding of the post title, maybe from now on the VGChartz reviewers can list all of the platforms instead of just the one you played it on?

I'm liking it so far. Some enemies are a bit too eagle eyed, but if you are careful you can ghost the levels most of the times.

I prefer to do all stealth in games like this. Can't wait it's on my wishlist just need beat all the other games I have.

Finally, an interesting PC exclusive to sink my teeth into!

It is also available for Xbox One, Microsoft Windows, Linux and macOS. I will conceed that all oprating systems and consoles mentioned are x86_64 architecture so I guess at pinch you could say the game is a PC exclusive.

I would have figured my D: in response to someone else already telling me it's on other platforms would be enough to relate my new understanding of that fact.