Sony PlayStation's subscription service, PlayStation Now, will soon be available for Windows PC. The service will first release in Europe, followed soon after by North America.

A DualShock 4 USB Adaptor will also go on sale, which will allow you to use the DualShock 4 controller on both Mac and PC. It will launch in early September for $24.99. 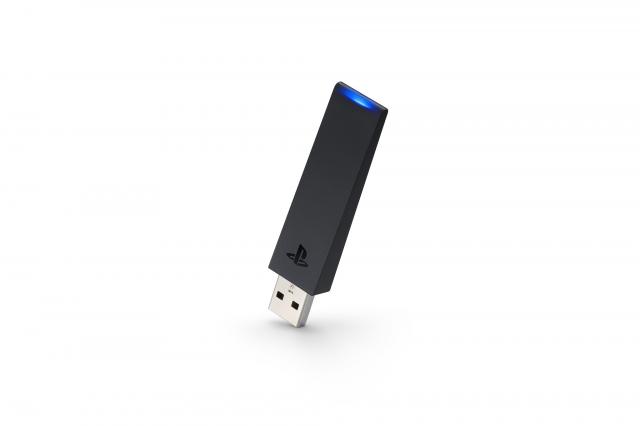 Below are the recommended specs for running PS Now on PC:

When asked in the comments section of the PlayStation Blog article for this story about Mac support, Sony's Andrew Kelly responded by saying that "[we] are evaluating Mac support for PS Now, but have nothing to announce at this time."

Adaptor is not mandatory, you can connect using USB cable.

I'm more caring that an official adapter is being made for PC.

The wireless adapter is a great idea - wouldn't be surprised if that increases the number of DS4s sold purely for the purpose of use on PC.

Just hope it has plug and play support for other PC games outside of Sony's Now or remote play services.

If this gets big on pc, playstation is going to be the biggest gaming platform in the world (counting psn accounts and active user), but of course it can also not get big on pc^^

You could already play PS now on various tv´s which are not from Sony, so this seems like a logical step, which they should have taken sooner. As for PC master race, you can finally play the last of us.

Play The Last of Us and Uncharted :) Every Gamer play this masterpieces in life. @ all

Now Sony needs to release a new SKU for the DS4; $70 for a controller and adapter, market it at PC gamers.

Give me a real PC port of the Ratchet and Clank and Jak and Daxter series and I'll die happy.

Wonder how well it runs.

Now I'm pretty sure when PS Now was announced, they said it would come to PC, so peoples surprise to this has led me to believe I made this up

I dont know if they confirmed it back then, but it was pretty obvious it would eventually come to PC. No one should be surprised by this.

No one should be, but yeah I swear they said it would come to PS4, Smart TV's (even non-Sony ones) Blu Rays, Android and PC.

You are right, they did say that

Great idea! But does anybody know if a single one of these USB adaptors can support more than 1 controller? What if i wanted to play like a 2-4 local coop game with 2-4 controllers, do i need 2-4 more adaptors? I dont even think I have 4 usb ports :/

PC gamers will keep emulating PS2. If you can play Red Dead Redemption I will buy it.

Yeah but some of the best PS2 games (Jak / Ratchet series) are pretty much unplayable on PCSX2... and those are the games that I wanna play the most

Fantastic news but really crappy that I would need to use a DS4 just to play. Hopefully they will allow other controllers down the line, I always prefer Xbix controllers.

It is known that one day a controller will come and rule them all.

At the moment.... no. Firstly games from this generation are not available, secondly it is streaming not playing natively which is a disadvantage over what is possible on the ps4.

Meanwhile it looks like Xbox games will be playable on PC from launch date, natively and even look and perform better then they do on Xbox.

Indeed. Theres no reason to commit to a console if you have a gaming PC. Soon PSNow will offee PS4 games and this is basically the same thing to Xbox games, aslong as you have a decent PC to run them. In the future there will be only Console exclusives and PC is the way to go if you want the best of all worlds.

PS Now does not and (likely) will not offer PS4 games, especially now.

So will you be able to play the games with a mouse and keyboard now? I'm assuming no...

Adabter is abit of a rip off and forced using a PS4 controller sucks. The service coming to PC is a giant step in the right direction.

So now we're down to one (Nintendo) that is not sticking it's core (actual console versions) IP on PC. I knew it was only a matter of time. Sony and MS are really abandoning traditional consoles this generation.

PS now is a service available on plenty non Sony tv´s and allows you to play PS3 games from a cloud server. That´s not really abandoning anything.

Except Now was always supposed to be available everywhere and was not designed to sell hardware. It's on Sony and Samsung TVs, Bluray players, and now computers. Expect to see a mobile release, too.

The writing is on the wall. Make no mistake, this is headed down a road of "service only". Sony is taking the first steps toward a future where they're a streaming/digital platform, free of hardware. That's where we're headed if this stuff becomes successful.

Yeah... Pokemon Go is the biggest Nintendo game at the moment, and it's not on Nintendo platforms.

Too bad you need a Dualshock 4 to play. Kind of useless since most PC gamers play with mouse/keyboard and/or an Xbox controller. I won't be getting a Dualshock 4 until I get a PS4, and that kind of defeats the purpose because then I can just play PS Now on the PS4 xD

That's a brilliant way to make money. The adapter, I mean. Instead of releasing proper drivers for free like everyone else does, they sell an expensive adapter instead. For a while, I was excited I should finally get a DS4 despite not owning a PS4 yet. I changed my mind when I saw the price.

Adapter is not mandatory, you can connect using USB cable.

Barkley just made a 3-point shot all over your argument, Z.