A remaster of the original Darksiders is in the works and will launch this October, Nordic Games has announced. The remastered version of the game will run at 60 FPS and 1080p on Xbox One and PlayStation 4, 30 FPS and 1080p on Wii U, and will support 4K resolutions on PC. 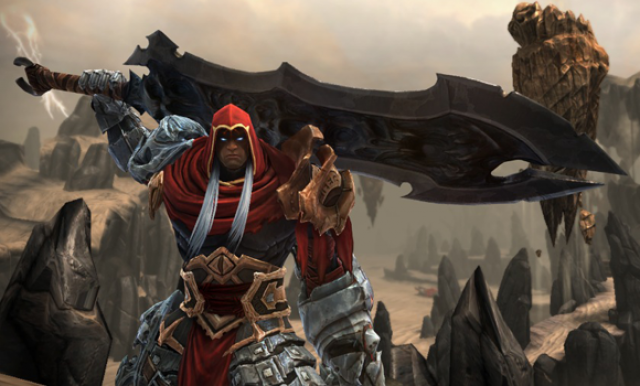 Nordic Games acquired the Darksiders IP after the collapse of THQ back in 2013, and swiftly launched a Darksiders II remaster for PlayStation 4, Xbox One and Windows PC last year. That remaster was dubbed the 'Deathinitive" Edition', while this remaster of the original Darksiders is being called the 'Warmastered Edition'.

Not excited at all by the remaster itself, but it's a sign that Nordic Games is investing in the Darksiders IP and most likely is funding a sequel, and it's cool that they're investing in many other half-dead IPs it bought earlier, like SpellForce and The Guild. But most importantly I hope they're funding a sequel to Titan Quest.

Guess I will play this version over the 360 version in my backlog. I rather play it in 60 fps.

I'll definitely grab it when it's on sale for $10. This was my more favorite of the 2 games.