Developer Spiders has been creating story driven action RPGs for the better part of a decade. While the right concepts are there, many of the company's games, including the likes of Bound by Flame and Mars: War Logs, buckle under the weight of their own design. This hasn't stopped Spiders though, as the developer is now back with The Technomancer, a sequel to Mars: War Logs and Spiders' most ambitious release yet. However, just because more features have been added and the world has been expanded, that doesn't mean it's a better game. 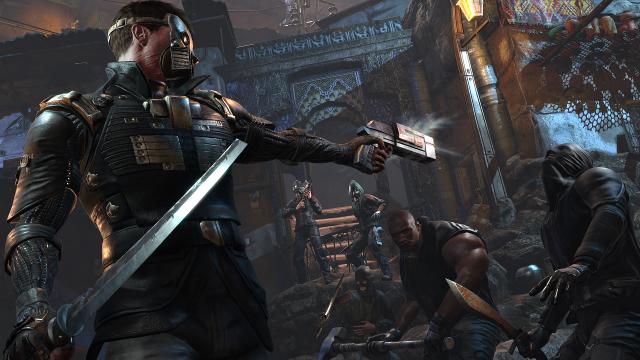 Taking place on Mars over 200 years since it was colonized by humans, you take on the role of Zachariah Cancer. Fresh out of the academy for technomancers - where cadets learn to control their electrical powers - you're tasked with keeping the peace for the Abundance corporation while also providing support in the war effort against its rival, Aurora.

Details of the war aren't so clear cut, however, and there are many different factions within the two corporations that hold opposing views, or are just in it to make a quick buck. As Zachariah, you'll eventually attempt to bring an end to the conflict with the help of companions and whichever factions you see fit, while at the same time delving into the origins of the technomancers. 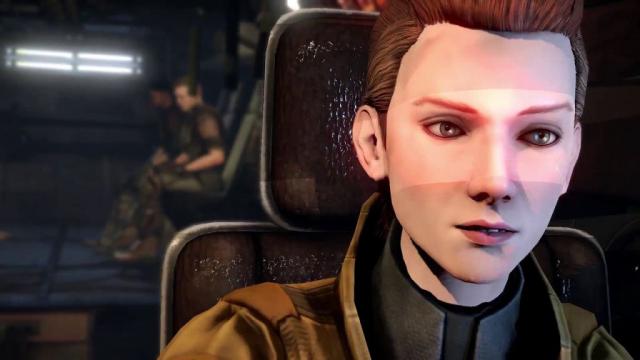 While the premise is pretty decent, The Technomancer relies heavily on clichés, like you being the young rookie with something to prove, the tribal mutants being treated as slaves, and you having to watch your former master be gunned down as he sacrifices himself. It doesn't help that the script is cringe-worthy and overt in its message, and it fails to find a balance with its long winded monologues that every character - important or not - seems to enjoy producing. The voice acting is equally abysmal, with some characters sounding as if they've been voiced by the developers themselves.

The faction system attempts to give the game a sense of choice, though it's difficult to actually determine what action will support which faction and the feature generally feels underdeveloped and rushed. Companions also feel like bad counterfeits of Bioware characters, complete with the intelligent mutant tribesman who feigns stupidity. The Technomancer tries to accomplish too much and would have benefitted from a tighter and more focused narrative. 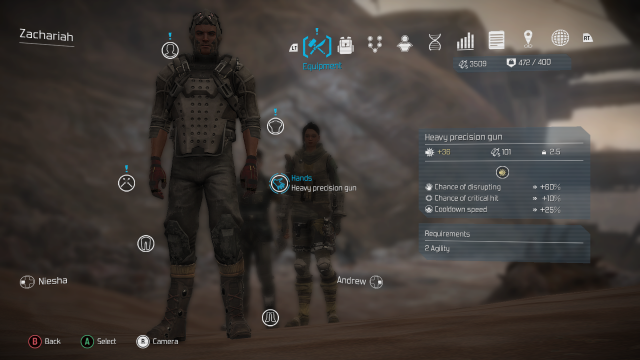 Zachariah and his companions have a variety of five different weapon styles, though two are only for companions. Three different styles of fighting are open to the technomancer, with the staff being offensive, the mace and shield being defensive, and the knife and gun offering a speedier option. Each have tiresome one button combos, as well as a stunning attack that keeps enemies off balance and is used to either doge or defend. A majority of combat is simply attacking and dodging, with a stun thrown in to allow you to keep button mashing. Even with the skills learned throughout the game, combat is not very inventive and becomes tedious, and it doesn't help that there are a lot of battles.

As you progress you'll be able to spend skill points in one of four trees, and you'll also receive attribute and talent points. Talents let you become more proficient at passive abilities like using charisma in dialogue trees, lockpicking, or crafting upgrades for equipment. Attribute points allow you to upgrade you strength, agility, power, or constitution. Talents and attributes work well enough, and even give a better sense of customization, but by the end of the game and with the right equipment, you can gather nearly all of the talents and most of the attributes. This ultimately creates an overpowering feeling that does not mesh well with boring and frequent combat. 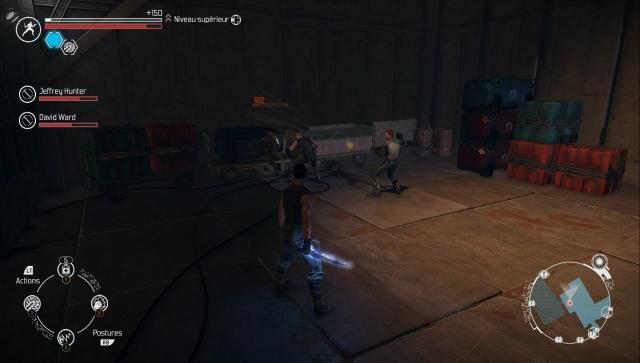 Skills offer different abilities for the three different weapons, with the fourth tree being technomancy skills. Weapon abilities range from upgraded dodge and stun attacks to combat abilities like a staff tornado or an explosive shot. Though using the different abilities can be fun and help to break up the monotony of combat, it's too easy to be stunned by enemies that alter the painstakingly basic yet effective strategy. Technomancy abilities are much more fun, as they are generally more easily utilized while giving a more effective ranged attack. Technomancy uses a power meter to use skills, with some of the skills requiring active upkeep, like electrifying weapons or using a magnetic shield.

Other abilities cause more direct damage, with the electric storm being a great way to dispatch groups of enemies and alleviate some of tedium, for example. While there are multiple trees with a total of 12 abilities, you'll only be able to make use of just a couple since there are only so many levels to gain. The technomancy skills being the most entertaining and effective it would be wise to invest in that tree. Yet utilizing too many skills during combat will definitely lead to quick and frequent deaths due to the AI’s overwhelming use of unfairly powerful stun attacks. As a result the tedious basic combat provides the greatest chance of survival. 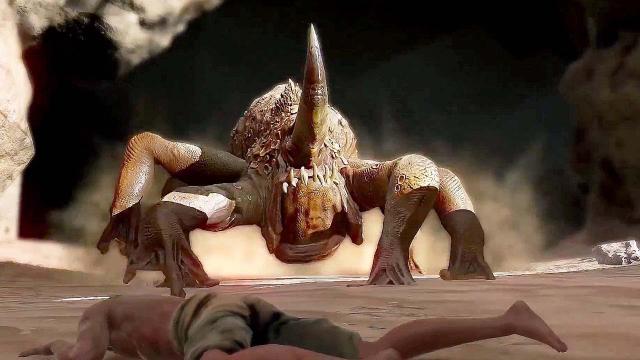 Any good Bioware game has dialogue trees, choices to be made, and a karma system, and as with the rest of the game The Technomancer attempts to copy these. Though there seem to be many choices to be made throughout the different quests, they have no real impact on the game's outcome, since the major story points are etched in stone. The one major choice that actually affected the story was when I decided to kill a mob boss. Unfortunately he proved integral to moving the main quest along, so this was a game-breaking “choice” with no workaround which will force players to find a previous save or start over after nearly 30 hours of playtime.

Characters have much to say during conversations and there are plenty of dialogue options to explore, but they tend to go on long rants that have no relevance to your mission. The karma system feels like it was thrown in right at the end of development, as I've seen no positive or negative effects of being either good or evil. Companions, who I believe are meant to comment on when you kill enemies or do evil deeds, fail to say anything most of the time. Even if they do, they've forgotten about it by the time you get to the next conversation. 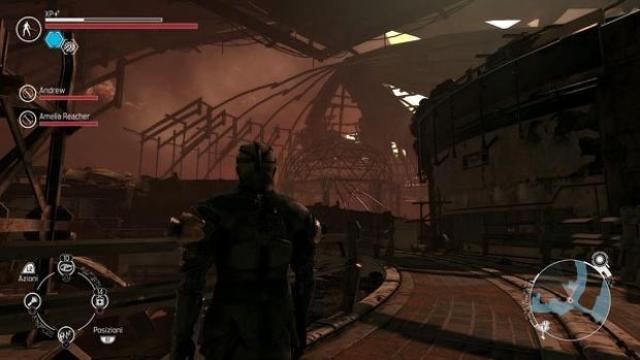 The artistic design also fails to impress. While the main city has a great Total Recall feel, with the futuristic upper echelon and ragtag slums and the explorable areas on Mars giving the game world an alien feel, the finer details are missing. Textures are bland, areas resemble each other too much, and everything is extremely dark, with lighting effects being inconsistent at best.

The character models aren't much better and it seems no one is capable of showing any emotion. Oftentimes characters look like dolls, especially the more minor NPCs. The whole game generally resembles a title from the middle of the previous generation, complete with many angled body parts and features. The soundtrack falls flat too, featuring many sci-fi oriented tunes that try too hard to be catchy.

While it may be clichéd and feels very borrowed, The Technomancer has the foundations of a really fun action RPG that's filled to the brim with different features. However, even though this is Spiders’ largest and most ambitious effort to-date, bigger doesn't always mean better. Combat is clunky and tiresome, the story is uninteresting, choices are uninspired, and game-breaking instances occur. If The Technomancer were more unique, many of its flaws could have been overlooked, but with so many similar games available at better prices it's hard to recommend what ultimately feels like a budget RPG.

This review is based on a digital copy of The Technomancer for the PS4, provided by the publisher.

Got the game and as with Bound by flame and most reviews, my impressions are very different. It's a fun game from a modest developer. The combat is actually fun, but most people don't understand that to enjoy it you can't be calous with you choices of talent's, gear customisation, priority of targets and the sort. Its certainly no button masher. Just like bound it's a modest game that is good while it last's but it can't be bigger due to the size and budget the developer has. If you ever want them to get better, the best think is to buy them and enjoy them. I do. I am just said that they end so soon.

I appreciate what youre saying, and Ive watched enough gameplay to feel informed, I do love a good B game, so this is definitely on my shortlist of games on sale I want to purchase.

Didn't realize this was created by the same devs as bound by flame. I never beat Bound by flame but I certainly had fun with it while I played it. I'll be getting this for sure eventually.

Didn't realize this was created by the same devs as bound by flame. I never beat Bound by flame but I certainly had fun with it while I played it. I'll be getting this for sure eventually.