It’s rare that a game comes along and sinks its claws into me so deeply that I end up missing an entire day where I could have been productive. Thankfully, I can’t help but feel it was worth it, as Enter the Gungeon is an excellent game.

Enter the Gungeon is a top down dungeon crawler from developers Dodge Roll and publishers Devolver Digital. It takes place on an alien planet in a dungeon which is rumoured to have a gun that can shoot the past. As one of the “Gungeoneers” that have come in search of this mythic relic, you’re tasked with venturing as deep into the dungeon as possible. 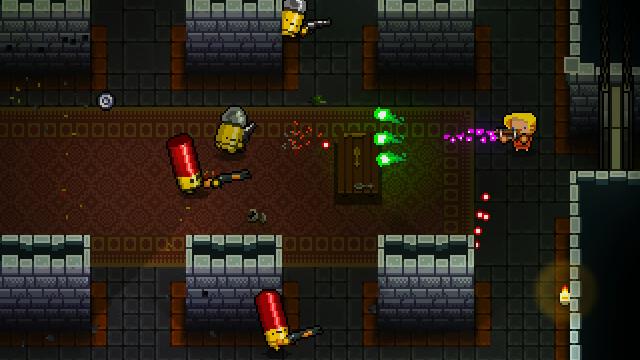 Naturally, things aren't all that straightforward. For one, all of the enemies you encounter are literally bullets firing guns at the player. Similar instances of turning traditional tropes on their heads and the use of odd visual humour is both endearing and genuinely amusing. But this visual humour belies an incredibly challenging dungeon crawler.

Enter the Gungeon is, in many respects, equal parts luck and skill in determining whether you'll manage to make it to the final floor or not. I can’t count how many times I died on the first floor’s boss, only to then have a playthrough where I would go the distance. Enter the Gungeon is aware of its own almost arbitrary difficulty, and as such it allows you to jump straight back into the game after failing, either by pressing the Y button when on the title screen (rather than going through the menus and hub world) or by pressing A the second you die. 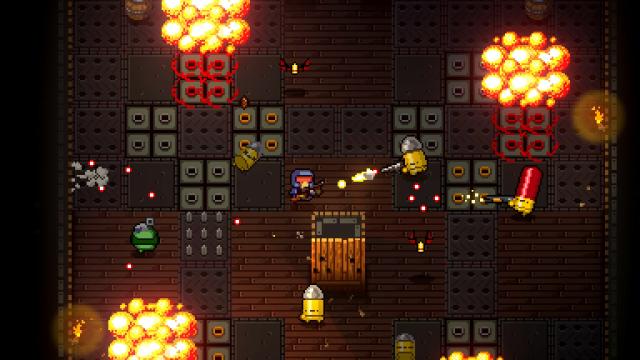 And boy are there plenty of reasons to keep coming back! Enter the Gungeon features a vast number of different weapons and items. I’ve managed to unlock about 50% of them so far, but I feel a constant need to keep diving back into the game to try and unlock more. Each weapon has a very unique feel, ensuring you’re constantly picking up new weapons just out of a desire to test them out.

Not only are the game's weapons unique in feel, they're also weird and humorous in their own way. For example, I recently unlocked and collected an ant launcher. Its primary firing mode squirts ants across the room which then create a pool of oil on the floor. Reload and the ant launcher turns around to reveal it’s actually a fire ant that shoots literal fire out of its behind. This fire both burns enemies and also sets alight the aforementioned oil. The variety of guns and items to collect is easily one of Enter the Gungeon's stand-out features.

At your disposal are a myriad of different abilities. Firstly, you can hold a huge amount of different guns, switching between them with the Y button on Xbox 360/Xbox One controllers. Then there’s the dodge roll, which allows you to traverse the environment and also jump through gunfire. Along with the 'blank' bullets you can fire to destroy all enemy projectiles on the screen temporarily, the dodge mechanic helps to make the bullet-hell nature of the game more manageable and accessible. 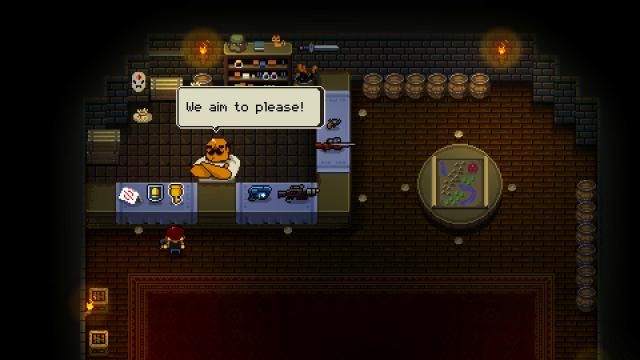 There are a number of different characters to select from, each with their own unique abilities. I personally found myself favouring the marine, both for his extra shield as well as his relatively strong starting gun. You can also purchase extra equipment and tools from shops during your playthrough using currency that you acquire by defeating enemies. Defeating bosses will give you a different set of currencies to use in the breach (AKA the hub world), allowing you to purchase extra weapons and items. These purchases don't result in the item being equipped straight away, however; you’re merely unlocking the chance that they'll appear in the gungeon at some point in the future.

Enter the Gungeon has a very useful in-built wiki that allows you to instantly find out what the items you discover actually do in the game. Each item entry in the wiki has both a description and an amusing back story, and this quirky game lore provides an additional incentive to keep finding new items. But aside from the humour the wiki is actually incredibly useful as well, making me wonder how I ever managed to play other dungeon crawlers like The Binding of Isaac without such a tool; hopefully other developers quickly follow suit. 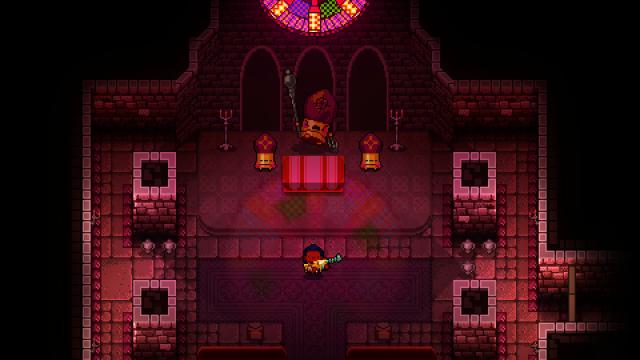 For pixelated graphics, there really is a fantastic level of detail in every object you come across during your travels and enemies animate with great clarity. The soundtrack is also fantastic; music has a great beat to it and is dynamic, so it varies depending on what you’re doing in the gungeon. Exploring? Then you'll be treated to some cool, chilled-out music. Fighting? Enjoy the beat that mirrors the action on-screen.

Enter the Gungeon's unpredictability is one of its great strengths, but it's also one of its biggest weaknesses. There doesn’t seem to be a difficulty curve, outside of going from the first floor down to the second. From the second floor onwards, the game's difficulty becomes extremely unpredictable - some floors will be a breeze but others will seem impossibly hard. This can end up making the game feel unfair at times, and will elicit a lot of rage, but the entire experience is very addictive so you'll probably keep coming back for more even when you feel a bit cheated.

The bosses can also be brutal at times. On several occasions I would complete the first floor without finding any new weapons and would be forced to take on a boss that was practically impossible to beat as a result. At least with most other dungeon crawlers you know that every boss encounter is going to be winnable based on skill alone and success or failure will not depend on random item drops. 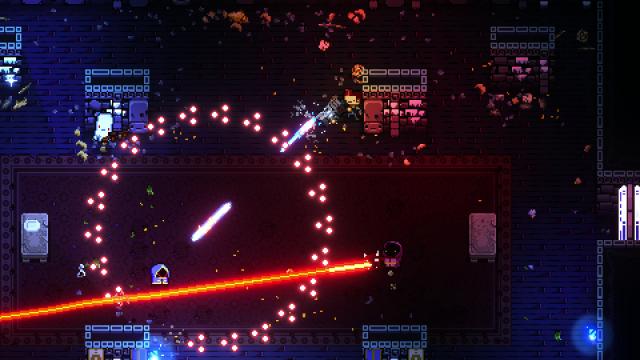 To say that Enter the Gungeon is an addictive game would be an understatement; every mechanic has been meticulously engineered to keep you gungeoning as much as possible. For fans of dungeon crawlers, especially Nuclear Throne and The Binding of Isaac, Enter the Gungeon is a must have. In many respects it builds upon the mechanics introduced in such titles but it also has its own unique charms. It can be brutally, even impossibly difficult at times, but if you're able to reconcile yourself to that then you'll be gungeoneering for some time to come.

This review is based on a digital copy of Enter the Gungeon for the PC, provided by the publisher.

Looks good. Will definitely check it out.

This looks very interesting, but feels like a game that might be added to the PS+ free collection at some point. PS+ has ruined me.

You can play the waiting game and possibly never be rewarded, or you can spend the $10 d: i

Picked this game up on preorder. So. Fucking. Worth it.