Disclaimer: I backed That Dragon, Cancer on Kickstarter.

Sensitive and truly emotive subjects are still quite rarely touched upon in the video game industry. Such topics have been explored with more frequency in recent years thanks largely to the boom in the indie market, but in general the industry tends to play things rather safely and aims to provide, above all, fun and enjoyable experiences. And that makes sense.

That Dragon, Cancer is different though. It's an interactive experience that takes players on a journey through the world of Joel, a five year old who had brain cancer at the age of one. His cancer unfortunately came back four years later and the game focusses on Joel and his parents' struggle to deal with the pain, sorrow and general difficulties of raising a child whose life is constantly hanging in the balance.

It’s sometimes difficult to make a distinction between adventure/narrative-driven games and interactive experiences, but if I had to place That Dragon, Cancer on one side of the spectrum it would be more towards the 'interactive experience' end. It has game-like mechanics during its two hour run-time, but for the most part you simply experience events as they unfold and by clicking around scenes to get different points of view (both within the scenes themselves and from the different characters that feature in them). 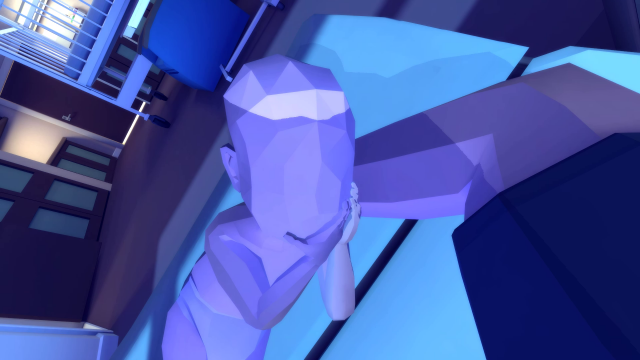 That's not necessarily a bad thing, and by describing That Dragon, Cancer as more of an interactive experience than a game I don't intend to denigrate it; merely to clarify for readers exactly what they'll be getting into when they purchase the title. In many ways it's actually for the best as it allows the player to really empathise with the family in a way that would be difficult using alternative forms of media.

That Dragon, Cancer makes heavy use of metaphors, with the image of cancer as a dragon clearly being the most obvious example of this. Cancer hangs over Joel's whole life, in both the good times and the bad, and in both literal and figurative ways. Cancer cells constantly loom over the game's scenes, ensuring that no matter what you do you’re reminded of the horrible times that Joel and his family are going through. 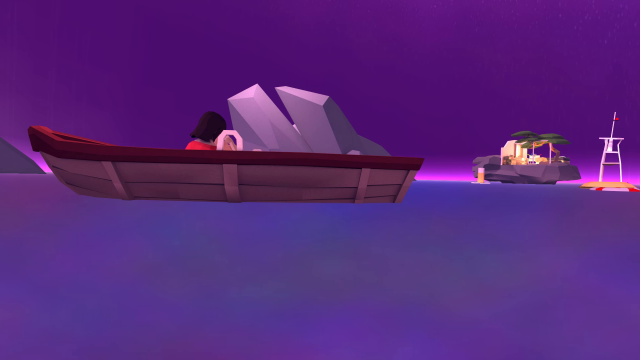 As an autobiographical tool, That Dragon, Cancer works as intended. You become very invested in Joel and his family as a whole. In one particular scene a traditional child's toy is used as a means of listening to each person's own thoughts as they are told the news about Joel. You’re able to rewind this section as much as you like, which helps you to really understand each person's own thoughts and feelings. Throughout this whole section Joel is merely playing this toy while those around him are overcome with grief. It's a very powerful scene.

It’s not all morbidity and sadness, however. There are mini-games that help to remind you that, despite his turmoil, Joel is still a kid who experiences joy. In one scene, Joel takes control of a makeshift go-kart (with a chemotherapy bag hanging off the back) in a children's hospital. It’s not in any way challenging, but the sequence serves to show that children can have a remarkable resilience in the face of severe challenges. 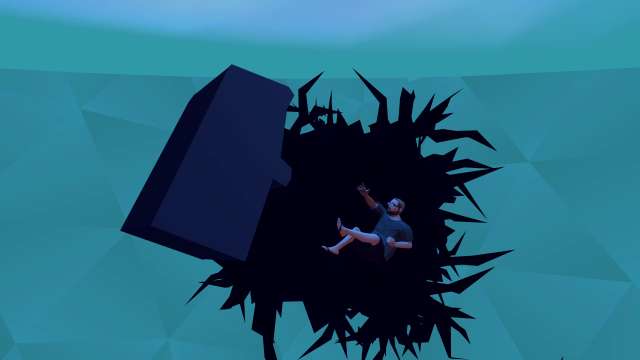 And then you're brought back to Earth with a thump - the power-ups you collected on the course represent all of the actual treatments or surgeries Joel had to undertake in a short 12 week period. Those are the moments that truly punch you in the gut. In another scene Joel's father, Ryan, is literally drowning in an ocean that he sees no way out of due to the weight of his son’s illness. It can all feel a little bit too much at times.

That Dragon, Cancer is truly one of the most emotional experiences I’ve had in a long time. Although the game itself didn't bring me to tears, the end credits, which feature pictures of Joel undergoing his treatment whilst living life to the max, certainly did. These pictures allow you to put faces to the blank character models in the game and it all becomes that much more real. That Dragon, Cancer obviously won't be to everyone's tastes, but it's a powerful and touching game that tugs on the heart strings.

This review is based on a digital copy of That Dragon, Cancer for the PC

I can't believe people actually want to play a game about a dying child. As if we have enough crap in this world to bum us out...

I lost my paternal Grandfather to cancer. I drove him to and from his chemo therapy and helped him walk when he couldn't walk on his own. I watched him slowly fall ill and then die. I have empathy. What I don't have is the desire to play a game where I basically watch some child slowly die of cancer. I don't think it sounds all that fun.

It's not meant to be fun I'm afraid, that's why I said as much in my review. It's a good learning tool for people like me who's been lucky enough to have never dealt with a family member having cancer.
The developer wanted to tell their story and experience going through it, and they've done so. They could have just written a book or made a film, but instead, by making That Dragon, Cancer an interactive tale, it'll teach a broader audience than usual.

I just don't understand why you, or anyone else would WANT to experience something like that. Am I off base? Why would anyone wake up and think to themselves "Hmmm, what to do today... oh I know, I think I'll play a game where I watch a child slowly die of cancer! Yeah, sounds awesome." It's like, am I the only one who would rather no subject themselves to such depressive material?