The action RPG Xenoblade Chronicles X sold 441,592 units first week worldwide at retail when you combine sales of the staggered launch, according to our estimates. 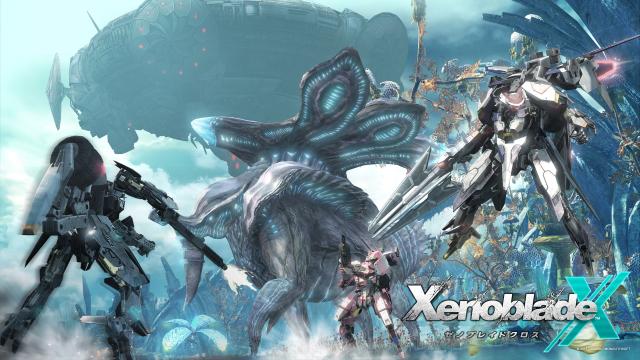 Great game, if you have a Wii U this is a easy pick up!

I still don't have it. Can't wait though. Xenoblade Chronicles was an amazing game(which took forever). This game will probably blow me away

They like it more tha the previous one though, is about a 50% higher than XC fw there.

Europe is full of plebs

Getting it this Christmas and I can't wait!!

I really diddnt touch my wiiu a lot. But this game is the reason why my xbone is not getting on anymore. It has been like this since launch of the game and im not even a nin fan. Imma sega fan. This game gives me phantasy star feeling ala mass effect ala dragon age ala xenoblade wii. This game is a beast. It even made me buy the xeno 3ds port. My life is on a pause here

Very good sales. One of the best games this year.

Not too bad. I'm not surprised that the USA sold the most.

Well we know the Japan numbers are right as well as the France, Germany andUK approximately. The US is the one niggling point but I would say the sales are within a +/-50k range overall.

Japanese sales are disappointing but the U.K. (my manor) put on a very poor show there tsk tsk.

I forgot to add it even has a panzerdragoon saga kinda fight. Xeno is truly a beast

I was expecting more honestly, considering how much they pulled it in their conferences.

You see NOA, we do care about Xenoblade. Now make more copies of Devil's Third.

Not too shabby. This gives me hope it will sell over 1mill.

Also, not surprised it sold the most in the US.

How well does this games first week fair compared to the original?

We're counting the launch numbers for territories in which the game was previously released as first-week sales now? Will this be the case for Rise of the Tomb Raider when it releases?

Obviously. We always do that on this site?? Because that is its launch week sales. So yeah ROTR will be the same xbox 1st week plus ps4 and pc 1st week

When its the same platform I think its okay.

Why does it have to be launched in japan first? For instance yoshi was released in japan and Europe way before NA. Oh yeah and a lot off late PC releases get grouped together as re-aligned launch windows

I don't want to be that guy, but this game selling more in the us compared to the rest of the world?

Thats similar to what happened with the previous one.

Happened with the last game too. And this one has a deliberately Western aesthetic in all aspects except the character faces.

This is still a solid result all things considered. The original XBC, if you remember, opened to about 145k. This is above that for sure. And if we add in the 35-40k from week 2, that should put XBCX's numbers at the roughly 260k mark. XBC was at 170k for week 2. So this is good numbers either way.

Well. Good thing the numbers don't depend on your opinion. They're facts, and most of these numbers have already been confirmed correct.