Riot Games has announced that the League of Legends 2015 World Championships set a new record for the number of unique viewers.

334 million total unique viewers tuned into the championships over the course of four weeks, comfortably surpassing the 288 million who watched in 2014. 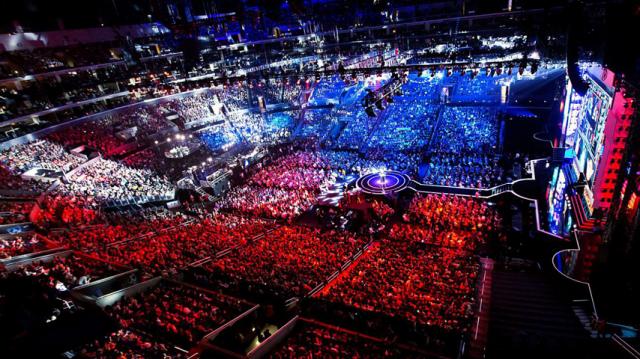 The final match saw 36 unique viewers tune in to watch, which is a new record for any eSports event, beating out the 27 million people who watched the 2014 final. The peak number of viewers increased three million year-over-year to 14 million.

"The final match saw 36 unique viewers tune in to watch". Doesn't sound much to me.

Sounds like LoL is still as popular as ever. I would love to see some Heroes of the Storm matches like this, would be nice if casters like TB or Day 9 being there as well.

so, so weird. I've been a gamer all my life..and i just don't get this. 334million viewers and ive never met anyone who's actually into this....or they don't admit to it.

Into League in general or watching league? You might be in different circles. It is a game dominated by younger gamers, it's PC only, you do not have to have a beast of a computer to run and is F2P so appeals to a lot of people.

Also depends on the country. I taught in China for a year and almost every single one of my students played this game. Out of the ones who played video games all of them played LoL and it was also the only game they played.

I meant watching. Playing a game is fair enough...but watching one that is'nt a movie-esque experience. Don't get it. But yeah, youngsters and the chinese are def outta my demographic. If it is indeed the chinese as i suspect then i dont think it should be reported as some kinda gaming phenominom...more like something weird the chinese like to do, lol.