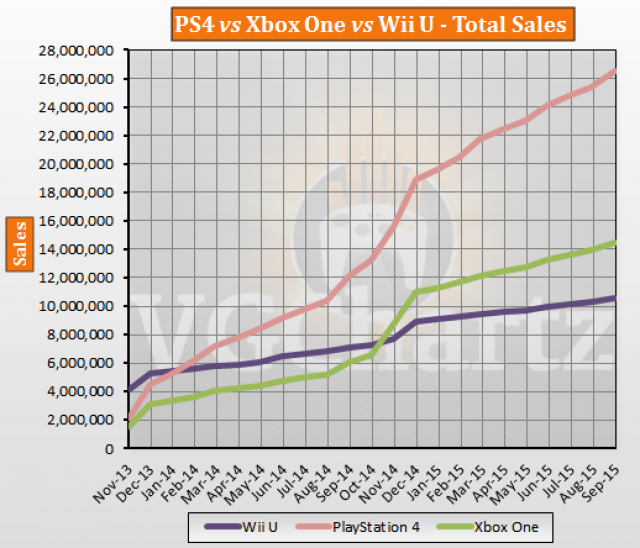 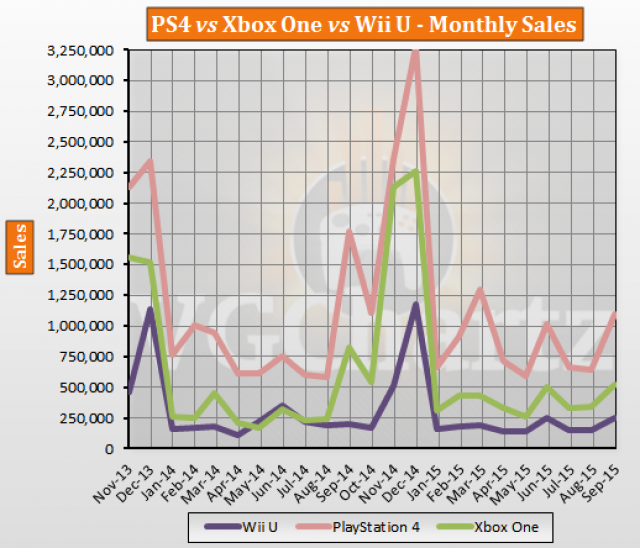 So the PS4 sales are more than the combined numbers of the Xbox One and the Wii U... That PS4 numbers!

Sony are killing it.

Look at that amazing holiday bump the WiiU got last year.