During a recent interview, Sega of Europe’s Marketing Manager, Jon Rooke, talked about the company's future plans for the Sonic franchise. 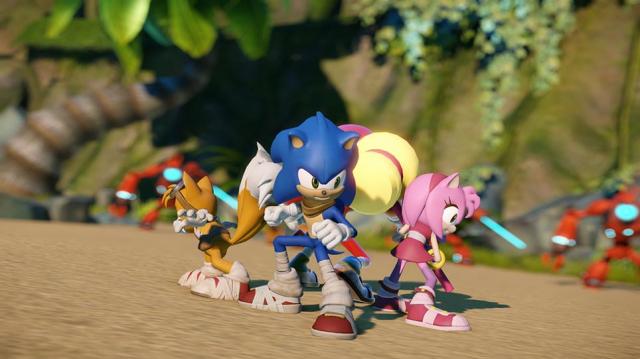 At the risk of getting fan hopes up only for them to be dashed yet again, Rooke reiterated Sega's apology for the quality of entries in the franchise in recent years and signalled a change in direction:

“Sega has publically apologised to the fans as the quality of console games in the Sonic franchise hasn’t been acceptable over recent years. It’s been tough translating that iconic side scrolling 2D experience from the 90s into 3D but Sonic is still huge for us so the new games will be more inspired by how it played in its heyday.”

They said this before. Actually twice i believe

I'll believe it when i see it, but i do want to believe it. Just do what Sonic fan remix did. Surely it isnt that difficult. For 3D Sonic go back to the gameplay from Sonic adventure 2 and you are sorted. The problem you guys have is that you are constantly trying something different. Stick to what worked.

So that means no more Sonic Boom games right??

Oh god I hope it does mean the end of them.

Something more like the classic Sonic levels in Sonic Generations would be great. SG was probably the best Sonic game in the past 20 years, and that's probably because it was closest to old-school Sonic gameplay. Sonic simply works best as a traditional 2D speed-focused platformer. The transition to 3D hurt Sonic greatly, as aside from the first Sonic Adventure (which was decent) his games have been mostly average to bad since the switch. Meanwhile, the Genesis-era Sonic games are among the finest platformers ever.

Problem with Sonic Team is even when they go back to the classic Sonic's they bring everything they've destroyed the series with along for the ride. The worst of the bunch being constant speed boosters, punishing any form of backtracking or exploration.

With the popularity of indie and retro, I honestly feel like Sonic might simply be better suited to a return to side scrolling days as well. Though overall, I did feel like Sonic Adventure did a good job of the old feel in 3D for the most part. Having sections that basically take away player control because you're hitting springs and flying too fast to keep up, used sparingly, felt a lot like some of the old Sonic levels in the originals.

They need to get the original Sonic Team together if they want to make magic again.

I agree completely. There's not a single of the 3 creators there working on the series and it's been hurting badly for it for years.

I was excited when Sonic 4 came out a few years ago. On paper it looked like a take on the old games but they managed to stuff that up too.