The four and half year wait will be soon over; Sega has announced that it is planning to release Yakuza 5 (PS3) on PSN in mid-November.

During last year's PlayStation Experience event, Sony announced the localization of Yakuza 5, a game most fans had written off as unlikely to ever leave Japan. 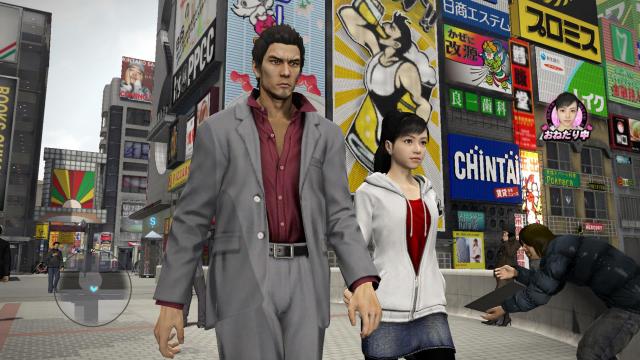 Yakuza 5 originally released on the PlayStation 3 in Japan back in 2012.

Im tempted to get even though I havent played a Yakuza game since 2.

Hopefully Sony start publishing these things in the West in a long term plan with Sega, with physical copies too. These things can be a step of filling in the gaps nicely between Sony's first party lineup and the ever increasing amount of 3rd party games getting pushed back due to 'quality control' issues.

I'll be buying it for sure, even though I don't know when I'll get around to playing it.

They finally do this. But not Phantasy Star Online. For god sake.

Because it's not Sega paying for this.

Forgive my ignorance, but what does that mean? Is Sony paying for this Y5 release in the west?

Sweet already have it pre ordered should be done with the career mode in Forza 6 before then since I'm closing in on 70% completion rate.

This comment was at -1 before I upvoted it. Why? This site is teeming with human garbage.