Welcome to the latest edition of the ‘PS4 vs Xbox One vs Wii U USA’ article. This series compares monthly and lifetime sales of the 8th generation of home consoles - the PlayStation 4, Xbox One, and Wii U - in the US. 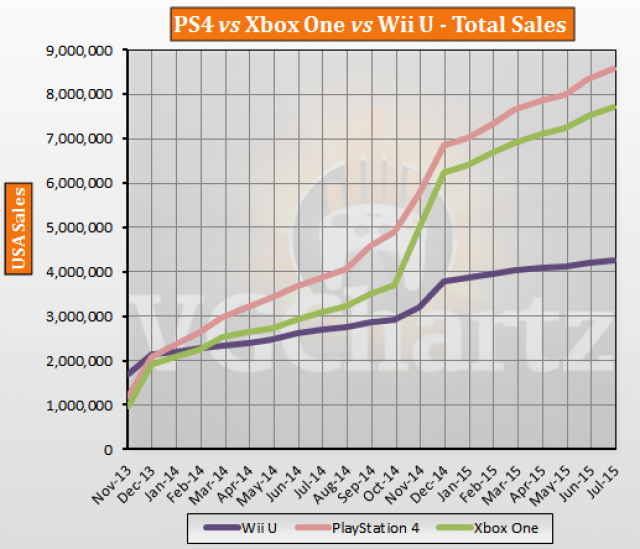 Looking at the total sales of the PlayStation 4, Xbox One and Wii U in the US in July we can see that the race between the PlayStation 4 and Xbox One continues to be close. The two consoles have been within one million units of each other since November 2014. 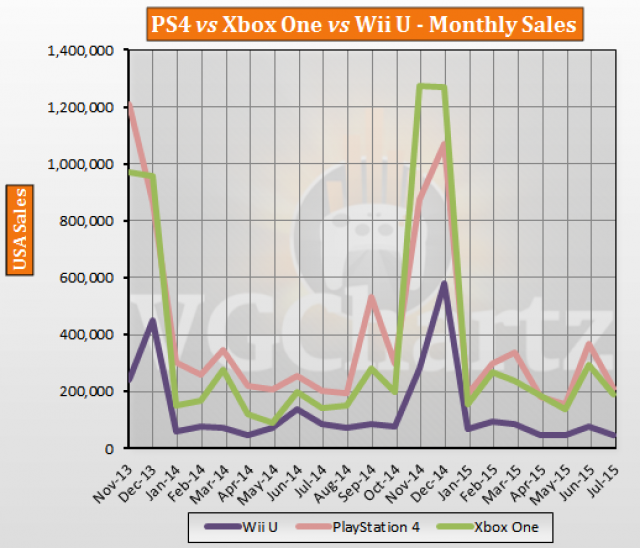 IDK at most the x1 can outsell the ps4 this holiday in the us by 600k.