Nintendo has announced that it is publishing Yo-Kai Watch in North America and will release the game on November 6th.

A firm European release date has yet to be announced, but it will launch in the region next year. 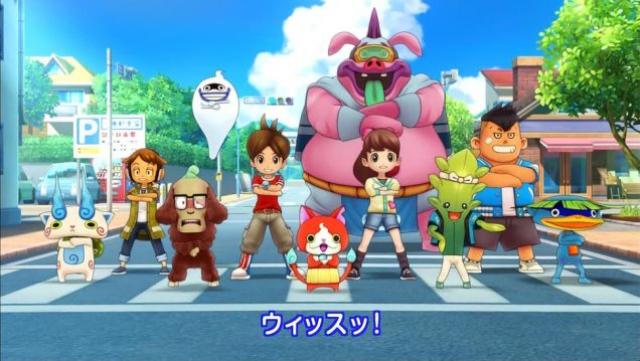 "On Nov. 6, Nintendo will launch the YO-KAI WATCH game for its portable Nintendo 3DS system. You explore the world in the game using your Yo-kai Watch to discover more than 200 Yo-kai, then befriend them and turn them into a team to battle other Yo-kai. Each Yo-kai has its own unique skills and strengths, so you must use them to challenge troublemaking Yo-kai and help people in the game solve their daily problems."

The video game localization is just one arm of a Yo-Kai invasion. This fall Disney XD will debut an animated comedy series based on the Yo-Kai IP, while the Yo-Kai manga will launch on November 3rd, and in January Hasbro will begin to release a new line of toys and games "centered around collectible medals, each representing a unique Yo-kai."