Square Enix has revealed it's working on a new entry in the Dragon Quest Monsters: Joker series in the latest issue of Jump: 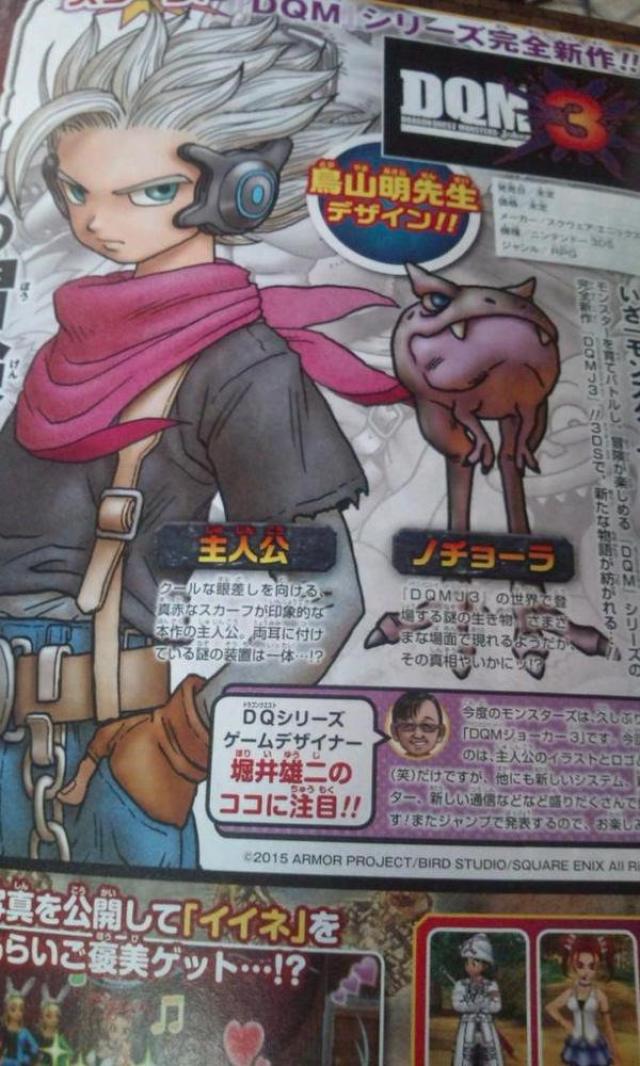 According to Siliconera, series creator Yuji Hori has promised 'new systems, monsters, and connectivity functions' for the game.

No release date was announced, but we do know the title is coming to the Nintendo 3DS. Dragon Quest Monsters: Joker 2 made its way to the west a year or so after the Japanese release, so the chances of localisation for this latest title look good.

Loved the first two. Looking forward to this one.

Hopefully it makes it west, but knowing SE, I have my doubts. Good news for Japanese players though!

The last 2 came west and did well. It would be a crime not to bring over this one

It's a crime to not bring FF Explorers over as well, but such is the life of Squeenix. :/

By nintendo haters logic this means Dragon Quest XI is going to be on a nintendo system. after all, they think spin offs that are just reskinned minecraft and dinasty warriors are evidence for that, so they obviously think a spin off that has actual DQ gameplay is better evidence.

Loved the first 2 games. In fact they are the reason I'm interested in Dragon quest in the first place. Looking forward to this one.